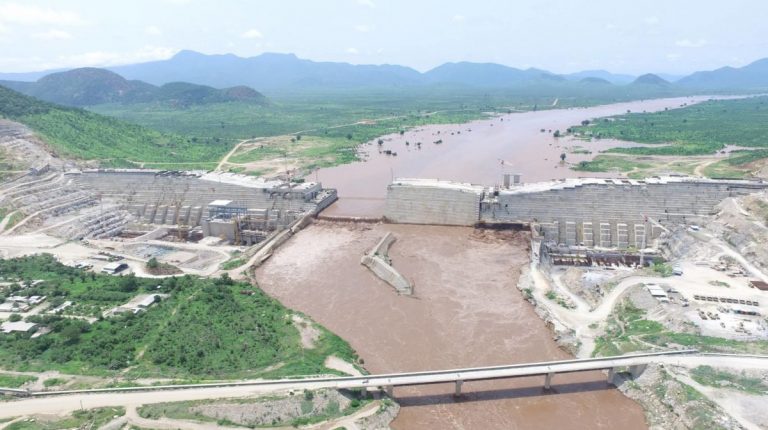 Egypt has welcomed the statement of the UN Security Council on Wednesday encouraging Egypt, Ethiopia and Sudan to resume negotiations towards reaching a legally binding agreement on the filling and operation of the Ethiopian mega Nile dam.

The statement was approved by all 15 council members said negotiations should resume at the invitation of the African Union’s chairperson “to finalize expeditiously the text of a mutually acceptable and binding agreement on the filling and operation of the [Grand Ethiopian Renaissance Dam (GERD)] within a reasonable time frame.”

“The Security Council calls upon the three countries to take forward the AU-led negotiation process in a constructive and cooperative manner,” it said.

Meanwhile, Christophe Lutundula, Minister of Foreign Affairs in the Democratic Republic of Congo, which currently leads the African Union (AU), on Wednesday started an African Tour to mediate the GERD crisis.

Lutundula arrived in the Sudanese capital, Khartoum, as his first stop, where he will meet with his Sudanese counterpart Mariam Al-Sadiq, as well as a number of senior officials.

According to the Sudanese news agency (SUNA), Lutundula led a delegation from the Congolese Presidency and the Foreign Affairs Ministry, besides an expert from AU.

The tour will also include Ethiopia and Egypt. It aims to discuss measures to resume the negotiation process on the Ethiopian Dam.

The visit followed a complaint sent by the Sudanese Ministry of Irrigation to the Ethiopian authorities and AU over inaccurate data Ethiopia sent to Sudan regarding the filling of GERD.

On Tuesday, Sudanese Minister of Irrigation Yasser Abbas said that Ethiopia provided Sudan with false information regarding the filling and operation of GERD.

Abbas sent a copy of the letter to the Chief of the African Union and the African Union Commission, in which he mentioned the damages caused to Sudan as a result of false information and lack of coordination on the Ethiopian side.

He urged his Ethiopian counterpart to accept the mediation process led by AU to help the three concerned parties, Sudan, Ethiopia, and Egypt, reach a satisfactory agreement on GERD.