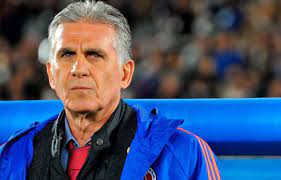 The normalisation committee of the Egyptian Football Association, headed by Ahmed Megahed, will hold a press conference on Thursday, to present the new coaching staff of the Egyptian national football team, led by Portuguese head coach Carlos Queiroz, who arrived in Cairo during the past hours to officially take over the task.

Queiroz had held a meeting with Ahmed Megahed and members of the association upon his arrival in Cairo to arrange the situation and agree on all matters related to the team in the coming period.

During the conference, Queiroz announces the road map for the Pharaohs in the coming period, especially that the technical director is looking for a strong start and to stand on all matters related to the team before the next camp on the first of October, and to play a friendly match in preparation for the two confrontations with Libya on 9 and 12 October in the African qualifiers for the World Cup.

It is largely scheduled to start the national team camp on 30 September with local players, after Queiroz asked to start the camp early to arrange the situation and get to know the players.

In another context, Megahed is experiencing difficult times after the emergence of the Group of 51 following the meeting held by a number of clubs and they decided in an official memorandum to hold an extraordinary general assembly for the association within 15 days after the request meets the quorum.

This step comes to strike Megahed’s plan to continue as president of the Football Association for a long time. The Group of 51 could strike all of these plans, after they demanded that some amendments be made to the Draft bylaws of the articles of association and the formation of a four-member committee to run the association until electing a new board.

Megahed confirmed that the Board of Directors of the Football Association is continuing to implement the road map set by the International Federation, FIFA, and that leads to the election of a board of directors, and that it is waiting for the publication of the new statute.