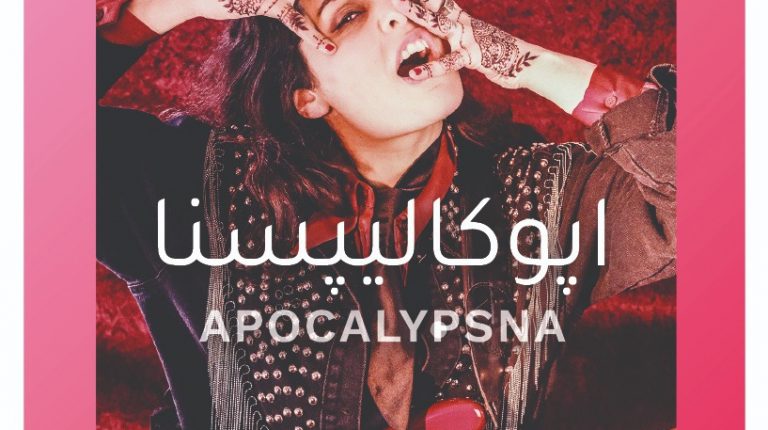 The album consists of 20 tracks which were recorded during the coronavirus (COVID-19) lockdown at Murad’s home in Lyon, working alongside beatmaker Mickael Anselmi and producer Alienized.

Commenting on the name of the album, she said, “I came up with the name spontaneously during the COVID-19 crisis. Each of the songs was inspired by this special time and I wanted an international word that could be Arabized.”

It wasn’t just the COVID-19 pandemic that inspired Murad into musical action. The lead single from Apocalypsna was ‘Beirut’, a love song written to the city following the tragic blast at its port on 4 August 2020.

‘Beirut’ was released a year to the day following the tragic blast and received widespread support while also raising money for Live Love Beirut.

Eliz Murad was born in France to two Lebanese parents. She grew up with a dual culture which has enriched her imagination since childhood. She knew from an early age she wanted to mix the Arabic language with rock music energy and create a bridge between all the music genres and universes that are one in her head.

After 10 years as Teleferik’s lead singer and bass player, Murad traded her bass for her guitar. She then began her solo career as an author, composer, and singer.