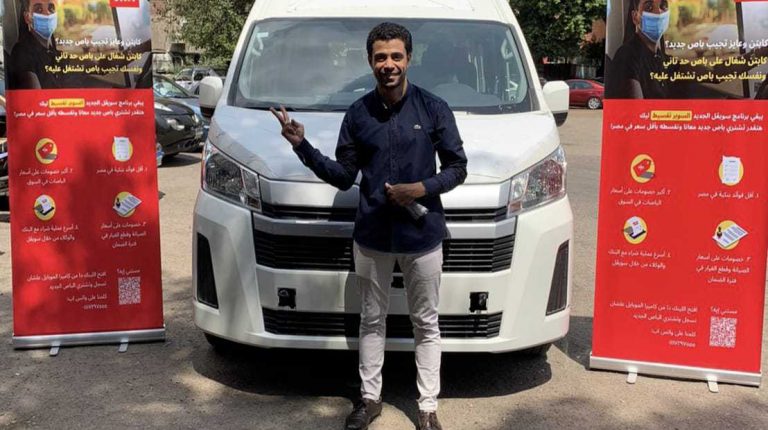 Egyptian ridesharing company Swvl has announced its cooperation with several banks operating in the Egyptian market to finance the provision of 14-passenger vehicles to independent drivers working in Swvl’s unfixed transport routes in Egypt.

This would contribute to creating additional income for young people and support the state’s plans in this area. It will also support the transport market, which is witnessing significant growth.

Ahmed El-Demerdash, head of city trips at Swvl, said that an agreement has been reached with Nasser Social Bank to finance passenger vehicles of various brands and models in the Egyptian market, which meet the specifications of Swvl. Several young people have already submitted applications for car loans, and an agreement is currently being finalized with some other banks, to finance some more.

He added that the return on financing was reasonable and did not exceed 6.7%. The Bank’s prices were competitive compared to other banks in the market. The procedures are also easy and quick.

Mohamed Ashmawy, Vice Chairperson and Managing Director of Nasser Social Bank, said the bank is expanding financing products. The bank seeks to support different segments of society with the aim of revitalizing the economy and providing job opportunities in accordance with the state’s economic plans.

He expressed his happiness with the agreement made with Swvl to finance about 50 minibuses in the first phase, with EGP 22m.

Meanwhile, Swvl announced its acquisition of Shuttle, a mass transportation platform partner, to provide on-demand bus and truck services in various parts of Europe, Latin America, and the Asia-Pacific region, a few days after the company’s listing on the US Stock Exchange, with a value of $1.5bn. It was the first company from the Middle East to be listed on the US Stock Exchange.