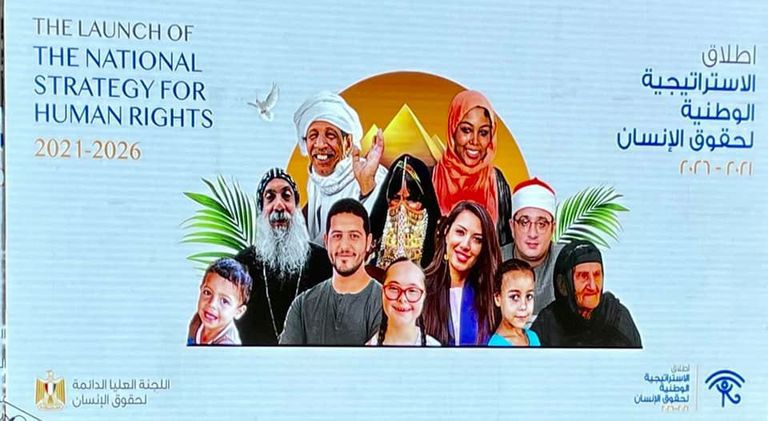 Today, no one can deny the unprecedented achievements in various fields at all levels in Egypt. The state would not have been able to overcome the coronavirus crisis, unless the political administration had carried out many reforms, in addition to investing in technology.

Without the reforms that took place in Egypt during the last period, it would not have been able to continue or remain as a consolidated state, especially after 2011. But because of this colossal step, Egypt has become a leading country in Africa, and we must learn from its experience and apply it in other African countries. Therefore, what Egypt has done is very distinguished, and the “Decent Life” projects and the development of Upper Egypt and others confirm that human development is the first investment that includes all fields, as the human investment is an investment in the growth of countries.

To complement the system of achievements in human investment, the state had to deal with one of the most important thorny issues due to the turmoil around it, through President Abdel Fattah Al-Sisi’s launch of the National Strategy for Human Rights. According to the Egyptian vision for human rights, it is based on several basic principles, most notably that all rights and freedoms are interconnected and complementary, and that there is a close link between democracy and human rights, with the importance of achieving a balance between rights and duties, between the right of the individual and society, and the need to combat corruption to ensure the enjoyment of rights and freedoms. Rights and freedoms and the promotion of their respect are achieved through legislation and public policies on the one hand, and through the implementation of this legislation and policies by various national institutions and policies on the other hand, which are the aspects that the national strategy for human rights has taken into account.

Indeed, the constitution has achieved a great qualitative leap in this regard, as it established the principles of citizenship, justice, and equality in rights and duties without any discrimination and made equal opportunities a basis for building society. The Egyptian government has many guarantees necessary to promote and respect human rights, as everyone is equal before the law.

The axes targeted by the strategy are summarized in civil, political, economic, and cultural rights, as well as the rights of women, children, the elderly, and people with disabilities. It also supports freedom of opinion and expression, monitors the regulation of access to and circulation of information through legislation, promotes a climate of pluralism and periodic review of laws exercising freedom of expression. It also supports the state’s approach to ensuring the protection of journalists and the state’s adoption of legislation for peaceful assemblies.

The strategy also supports the state’s efforts in the matter of freedom of religion and belief in response to the president’s call to renew religious discourse and the efforts of religious institutions in this, pointing to what the state has done in combating terrorism and extremism and its support for legalizing the status of some churches at the republic level. It also supports the right to life and physical integrity, and the right to litigation, also aimed at strengthening the relevant strategic structure.

Undoubtedly, the strategy supports the state’s direction in emphasizing the citizens’ right to health, and it builds on the presidential initiative of 100 million health and the comprehensive health insurance law and works to improve the quality of health facilities and the application of the law throughout the republic. The strategy also works with the state in developing unplanned informal areas. The strategy followed in the cultural rights file also aims to achieve the distribution of cultural services throughout Egypt, especially the border and remote areas, provide appropriate funding for them, and develop legislation to protect intellectual property.

Regarding women’s rights, there is an unprecedented political will to support this file. The state’s efforts resulted in allocating 25% of Parliament seats for women, 10% in the Senate, and 25% for local legislative councils. This was reflected in the increase of women representation in the Public Prosecution Office and the State Council.

Regarding the economic empowerment of women, laws and legislative reforms have been issued aimed at achieving equal opportunities for social empowerment of women, and promoting literacy and reproductive health, noting that the state has developed its efforts to protect women from violence, as laws that enhance the protection of women have been amended, as the strategy seeks to build on that.

We are therefore facing a qualitative and unprecedented leap in the field of freedoms and rights, which requires an understanding and awareness commensurate with the size of this ambition. This is because the state, with its laws, no matter how powerful they are, cannot impose awareness because it is a joint interaction between the citizen and the state’s institutions and its executive tools. Therefore, it can be said that the ball is now in the court of the Egyptian citizen, who must interact with strength and awareness with this new strategy because it will chart the future of the homeland and the citizen.