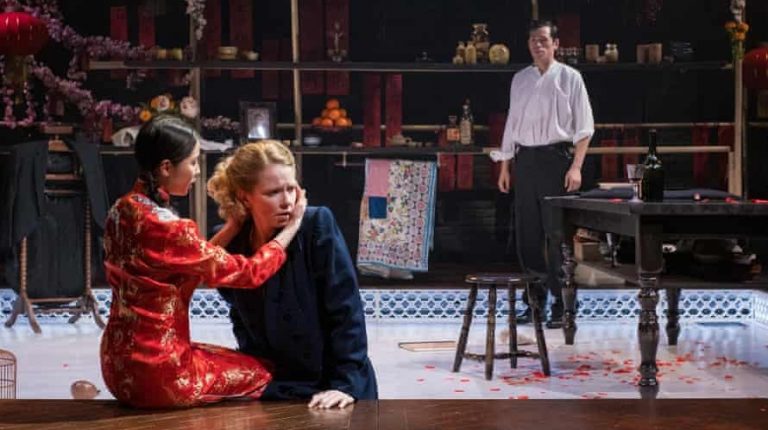 In its inaugural edition running from 15 to 21 September, Eazess International Women’s Theatre Festival (EIWTF) has streamed online “Miss Julie” play, in partnership with the British Council in Cairo.

British-Hong Kong playwright Amy Ng has adapted the thrilling psychological classic into a politically charged production. The play was produced by New Earth Theatre and filmed on the Storyhouse stage.

The play was written by August Strindberg 1888, and was adapted by Amy Ng in 2014. The play starred Sophie Robinson as Julie, Jennifer Leong as Christine, and Leo Wan as John, and directed by Dadiow Lin.

During the Chinese New Year celebrations in Hong Kong in the 1940s, Julie, the daughter of the island’s British Governor, crashes the servants’ party downstairs. What starts as a game descends into a fight for survival as sex, power, money, and race collide on a hot night in the Pearl River Delta.

Strindberg (1849 – 1912) was a Swedish playwright, novelist, poet, essayist, and painter. His principal works for the stage include Creditors, The Father, A Dream Play, The Ghost Sonata, and The Dance of Death.

New Earth Theatre presents and develops work with British East and South East Asian (BESEA) artists that asks key questions of identity, of the world we live in and our place in that world. They produce touring plays and readings across the year, nurture BESEA talent through their Academy acting and writing courses and Professional Writers Programme, as well as bring artists to communities, museums, and schools