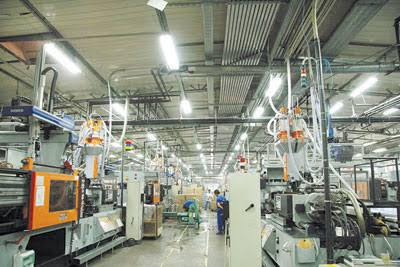 Egypt’s engineering industry exports increased by 44% to $1.957bn in the first eight months (8M) of 2021, compared to $1.357m during the same period last year, according to the Engineering Export Council of Egypt (EECE).

The Council revealed that the most important sectors whose exports increased in 8M 2021 were: electrical appliances 16%, automotive components 65%, cables 97%, household appliances 63%, and electrical and electronic industries 54%.

He praised the new programme to support exports, which is one of the mechanisms for increasing national exports to $100bn in the coming years, according to the directives of President Abdel Fattah Al-Sisi.

He explained that the provision of financial liquidity to exporters during the recent period through the lumpsum payment initiative of export subsidy dues helped in solving the problems of the export file. He also pointed to the opening of direct channels of communication between EECE and the Ministry of Industry and Trade in order to deal immediately with any obstacles or proposals to raise the level of exports.

Mai Helmy, Executive Director of EECE, said that the Council is communicating with all parties related to the export file, such as customs, taxes, the Export Support Fund, the Exhibitions Authority and the Export Development Authority in order to speed up the services obtained by engineering companies.

Helmy confirmed that EECE organized a number of meetings and events, the latest of which was a symposium for companies participating in the Egyptian mission to Zambia, provided that all upcoming events would be announced successively with the participation and coordination with representatives from government agencies.