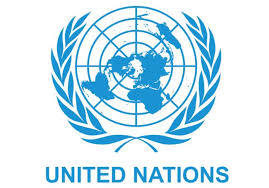 Egypt’s Minister of Foreign Affairs Sameh Shoukry headed, on Sunday, to New York to participate in the high-level segment of the 76th session of the United Nations General Assembly.

Ambassador Ahmed Hafez, the spokesman for the Ministry of Foreign Affairs, stated that Minister Shoukry’s visit will include participation in a number of events with the aim of presenting Egypt’s vision and stances towards current issues and the situation in the region and ways to support the pillars of peace and security at the international and regional levels.

He will also discuss mechanisms for strengthening multilateral action within the framework of the issues on the agenda of the high-level segment of the General Assembly.

On the sidelines of his participation, Shoukry will meet with a number of senior officials of the United Nations, and other leaders of international and regional organizations, such as the Organization of Islamic Cooperation and the Union for the Mediterranean.

Hafez explained that the Foreign Minister will also hold bilateral meetings during his visit to New York with a large number of foreign ministers participating in the work of the General Assembly, in order to discuss aspects of bilateral cooperation with those countries.

Shoukry is going to hold consultations on the most prominent regional and international issues and ways to coordinate on common challenges.

Minister Shoukry’s meetings also aim to present the achievements at the national level in various aspects of political, economic and social work and how to build on them in order to promote common interests with friendly countries and international partners, and to achieve the objectives of Egyptian foreign policy during the next stage.