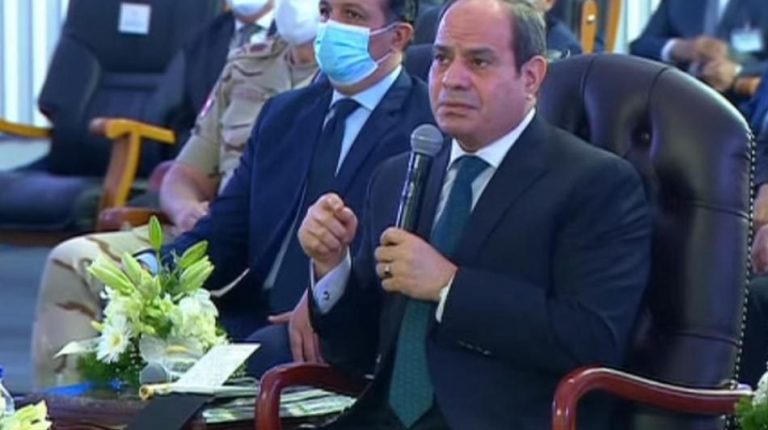 Egyptian President Abdel Fattah Al-Sisi witnessed, on Tuesday, the inauguration of several national development projects in the Sinai Peninsula, including the Ahmed Hamdi Tunnel II, which connects Africa to Asia.

The tunnel is another connection between Cairo and the Suez Canal area. It is one of a series of tunnels that were established along the Suez Canal in the governorates of Ismailia and Suez, at a total cost of EGP 5bn.

The opening ceremony was attended by Prime Minister Mostafa Madbouly and several ministers, including Defence Minister Mohamed Zaki along with Chief of the Suez Canal Authority Osama Rabie.

During the event, Al-Sisi extended his condolences to the Egyptian people for the death of former Defence Minister Mohamed Tantawy, who died earlier on Tuesday at the age of 85.

“We could have postponed the opening ceremony, but [Tantawy] was a serious man who loved to work, and that is why these openings were not postponed,” Al-Sisi said.

“Tantawy led the country wisely in the most difficult circumstances and played a key role in protecting Egypt,” the president stressed. He announced a three-day mourning period nationwide.

The Ahmed Hamdi II Tunnel is the fifth tunnel built by Egypt in the last two years to connect Sinai to the mainland. The new tunnel is expected to double investments and job opportunities in Sinai, the president said. In 2019, Al-Sisi inaugurated four tunnels linking Sinai to the mainland, two in Ismailiya and two in Port Said.

Al-Sisi said that the comprehensive health insurance system that the state began implementing has proven its efficiency in Port Said, explaining that development projects in Sinai will have a significant impact on the national economy.

He asserted that within two years, the development process in Sinai will be completed, whether urban or tourism.

Al-Sisi stated during the event that the Bahr Al-Baqar wastewater triple treatment plant will also be inaugurated within the coming few days to supply the Sinai Peninsula with around 5.6 million cbm of water on a daily basis. This station, Al-Sisi said, will aid in cultivating 500,000 feddan.

Tuesday’s inauguration ceremony also witnessed the opening of 35 new roads in Sinai, in the presence of Head of the Armed Forces Engineering Authority, Ihab El-Far, who said that another 16 roads are under construction within the Sinai Development Project.