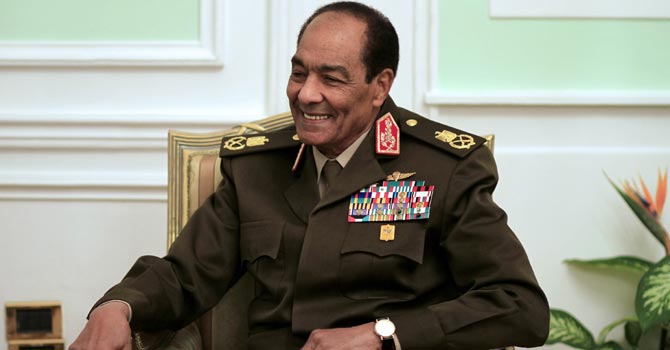 President Al-Sisi extended his condolences to the family of the late army leader.

“Egypt lost Field Marshal Mohamed Hussein Tantawi, the former general commander of the Armed Forces and minister of defence and military production. He was one of Egypt’s most loyal sons and a military idol who served his country for more than 50 years,” according to a presidential statement.

The statement added, “Tantawy was one of the heroes of the glorious 1973 War, and a statesman who ran the country wisely in its most difficult period.”

Prime Minister Mostafa Madbouly also mourned the death of Tantawi, asserting that he had a long and honourable career during which he contributed to the advancement of his country.

Tantawi was appointed as minister of defence by late president Hosni Mubarak in 1991.

He became the acting head of state after the 25 January Revolution during the region’s “Arab Spring” protests which ended Mubarak’s rule in early 2011.