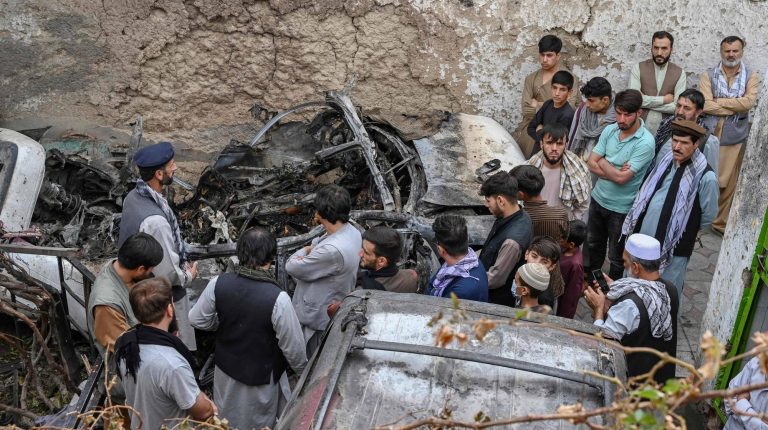 “US confession of the deadly attack on civilians in my house virtually demonstrates its arrogance in targeting innocent civilians. Killing civilians is a blatant crime and the perpetrators must be brought to justice,” Emal Ahmadi, brother of late Zamarai Ahmadi, told Xinhua.

Zamarai, along with nine members of his family, including seven children aged 2-15 years, was killed in a US drone attack on Aug. 29, just one day before the completion of the US-led forces evacuation from Afghanistan.

The Pentagon claimed the US troops had targeted a suicide bomber affiliated with the Islamic State (IS) group, who posed an imminent threat to the US-led troops at the Kabul airport. Defending the operation, top US general Mark Milley insisted that the attack was “righteous.”

Nevertheless, on Friday US military officials confessed to have “made a mistake” and offered apology.

“Our investigation now concludes that the strike was a tragic mistake,” head of US Central Command General Frank McKenzie said, adding that the Pentagon was considering reparations.

“Offering apology is not enough. The US government should pay compensation besides bringing to justice the perpetrators,” said Emal, whose 3-year-old daughter was also killed.

Sitting in front of a wrecked car, saddened Emal whispered that his brother Zamarai was a kind person and had no relations with the IS or any other terror group.

The targeted house accommodated four brothers, and all victims belonged to the family, Ahmadi said, adding that the seven children, including three of late Zamarai’s, were killed inside the parked car in the deadly airstrike.

Zamarai was just returning home from office when the drone fired.

“By targeting civilian house and killing civilians, including innocent children, the US military committed a big mistake. Killing civilians is a war crime and those committed the crime should be booked and brought to justice and should be punished,” Emal said.

“I want compensation for the victims and demand punishment for the perpetrators of the crime that the US officials have termed as a big mistake. And if ignored, I would pursue the case at international level, and approach to all concerned judiciary organizations to ensure justice,” Emal said.

In support of Emal’s demands, Abdul Aziz, a local defense lawyer, sees killing civilians as a war crime, saying those behind the crime must be brought to justice.