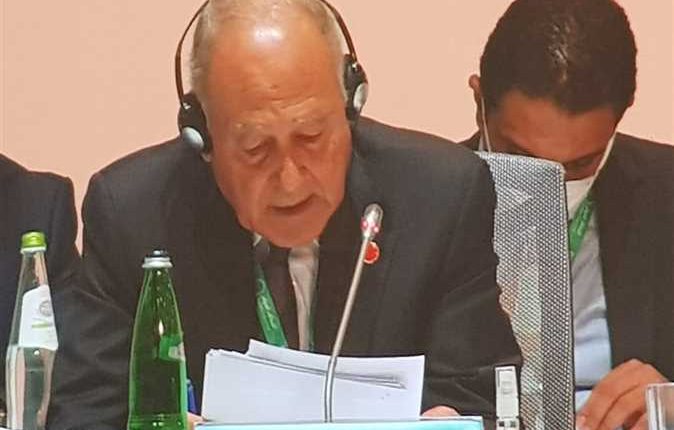 Secretary General of the Arab League, Ahmed Aboul Gheit, has stressed the need to hold the general elections in Libya on 24 December, as planned, and to end the foreign military presence and disband local militias in the country.

This came in Aboul Gheit’s statement on Wednesday before the “Follow-up to the Berlin track on the situation in Libya” meeting, which was held on the sidelines of the 76th session of the United Nations General Assembly in New York.

“Since our meeting in Berlin last June, there have been many developments, some of which are in the direction of implementing what we have agreed upon, while others are still far from that,” Aboul Gheit said.

He pointed out that the Libyan House of Representatives’ withdrawing confidence from the government “was worrying.”

Aboul Gheit continued, “While it is considered a normal political practice in normal circumstances, in the context of the general Libyan situation, we must look at it as a development that may change the course of the political process as supported by the international community through the Berlin process and also the Security Council.”

“From the Arab League’s point of view, there are two important points that must be emphasized at this stage. The first is related to the electoral elections on December 24, which is an important achievement that we want to see achieved and fully support,” he said

Aboul Gheit added that any delay in holding the elections could be a major source of instability in Libya, which should be avoided by all means.

He added that the second point is related to the issue of the foreign military presence in Libya and the need to find appropriate formulas to actually end it at the earliest opportunity.

Aboul Gheit stressed that mercenaries, fighters and foreign forces have no place, and they should all leave Libya.

“In connection with this, the issue of dissolving local militias has become, in our view, a clear obstacle to the restoration of the Libyan state’s ability to fully extend its influence and sovereignty over all its lands and in its various fields of work,” he added.

Aboul Gheit appealed to all parties to political action in Libya, including the government, the Presidential Council, the House of Representatives, the State Council, politicians and others, saying: “Political differences are natural and understandable, and they occur in all countries, and I hope that everyone always puts in mind the higher interest of the Libyan state before any other narrow considerations.”

Aboul Gheit expressed his wishes for stability and prosperity for Libya, pledging to continue monitoring the situation and supporting it with all possibilities.