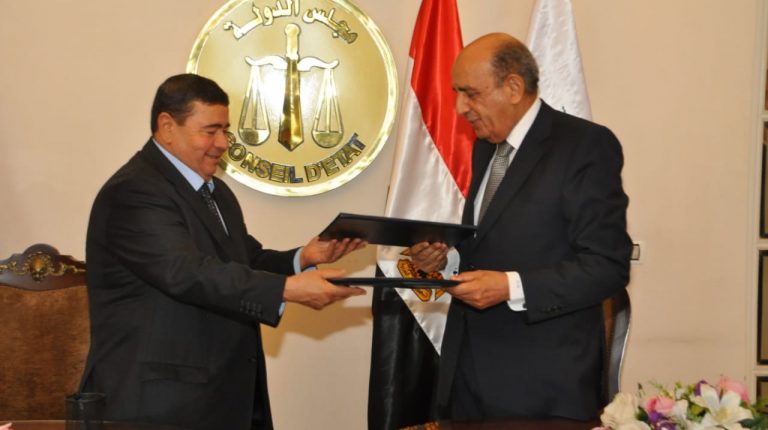 Earlier on Wednesday, Head of the State Council, Mohamed Hossam El-Din, and President of the Supreme Judicial Council in Libya, Mohamed El-Hafi, discussed ways to enhance cooperation between the two sides in the field of preparing and rehabilitating the frameworks of the judicial system in Libya.

The MoU came within the framework of legal and judicial cooperation between the Egyptian State Council and the Libyan Supreme Judicial Council.

It was agreed that the Egyptian State Council would provide technical advice and assistance to the Libyan judicial bodies affiliated with the Supreme Judicial Council in Libya, and implement specialized courses to develop the skills of members of judicial bodies.

It was also agreed to exchange publications related to the common jurisdiction, including fatwas and rulings, studies, periodicals, bulletins, and journals.

Moreover, Al-Hafi stressed the pioneering role of the Egyptian State Council in the field of administrative judiciary, legal advisory opinions and drafting legislation in the Arab world, and that the signing of the agreement was a consolidation of relations, links and ties between the two judicial families in both countries.