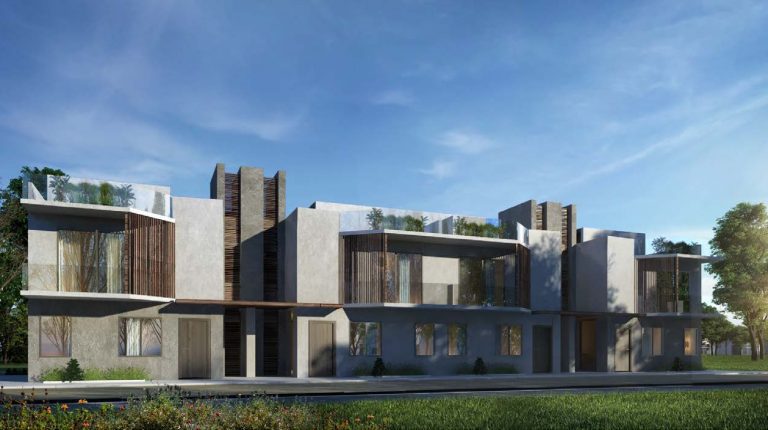 Misr Italia Properties is studying obtaining a loan from banks to finance the implementation of the Il Bosco and Vinci projects in the New Administrative Capital. The company has also concluded a strategic alliance with EFG-Hermes Holding to develop an investment plan.

Mohamed Hany El-Assal, CEO and Managing Director of Misr Italia Properties, told Daily News Egypt that the company is studying several opportunities west and east of Cairo and the North Coast, whether in partnership with the New Urban Communities Authority or individuals, with areas ranging from 100 to 300 feddan.

El-Assal pointed out that the company achieved contractual sales of EGP 3bn until last August, 25% of which were sales to foreigners and Egyptians working abroad. The company targets total sales of EGP 4bn during 2021.

He added that the company’s current investments in 2021 amount to EGP 1.8bn, including EGP 750m in land value.

He explained that the cost of construction amounting to EGP 1.05bn, and it is targeted that by the end of the year, investments will reach EGP 3.5bn, including construction and the value of the land.

El-Assal indicated that the company has paid 50% of the value of the land of the projects developed by the company, and the company owns a land portfolio of 5.3 million square meters. Misr Italia Properties is developing 11 residential projects, 9 commercial projects, 5 luxury hotels, and have delivered 6,000 units.

He explained that the company obtained a loan of EGP 650m from a banking alliance that included the National Bank of Egypt and the Egyptian Gulf Bank.

He added, that the loan contract is for the financing part of the investment cost of the construction of the Cairo Business Park project in New Cairo.

El-Assal pointed out that the company obtained the ministerial decision for the IL BOSCO City New Cairo, and the company has implemented land and probes and is awaiting building licenses.

He added that the project will be built on an area of ​​268 feddan in Mostakbal City in New Cairo, and the project’s investments amount to about EGP 22bn.

He explained that Misr Italia Development has signed construction contracts worth EGP 600m with 4 companies; to carry out works in the Il Bosco and Vinci projects in the New Administrative Capital.

El-Assal added that the company has completed the implementation of 50% of the Il Bosco project, and the company has injected about EGP 3.5bn since the beginning of the construction.

The project’s total investments amount to about EGP 16bn.

He continued, that the size of the company’s contract with Solid Construction amounted to EGP 550m, including EGP 400m to implement the third phase of the Il Bosco project in the New Administrative Capital, and the implementation of the Hilton Hotel inside the Kai Sokhna project, at a value of EGP 150m.

He pointed out that the third phase of the IL Bosco project includes nine residential buildings, and the company began implementation work this September, and it is planned to complete the implementation within a year and a half.

The company has completed about 500 villas, and 2500 units of the project, and the finishing work is currently being done, and it intends to deliver 200 villas and 500 units by the end of this year to comply with the plan to operate the administrative capital during the first quarter of 2022.

The IL Bosco project is being built on an area of ​​200 feddan in the New Administrative Capital, with investments amounting to EGP 16bn, El-Assal revealed. The project includes a sports club in an area of ​​16,000 square meters, and the company plans to finish the first phase of the club in 2022.

“The company owns 70,000 square meters of non-residential square meters in the IL Bosco project. The company aims to rent it out completely without offering any units for sale,” El-Assal said.

He explained that the company had contracted with three other construction companies to implement concrete works for the Vinci project in the New Administrative Capital, with a value of EGP 20m. The company is building about 200 villas and 500 units, and the company plans to deliver the first phase in 2024.

El-Assal added that the Vinci project will be built on an area of ​​110 feddan in the New Administrative Capital, and the company has launched two new phases of the project: Como Lakes, which are stand-alone villas, twin houses and townhouses, and Imperia Gardens, which includes a diverse building area that includes different residential units. The investments of the two phases amount to EGP 2.3bn.

He explained that the company owns Vinci Street, extending over an area of ​​15,000 square meters, and includes 106 commercials, administrative and medical units, with investments estimated at EGP 350m.

El-Assal pointed out that the company aims to inject investments into the construction works of the Cairo Business Park project at a value of EGP 500m during 2021.

He added that the project is an integrated commercial and administrative complex in New Cairo, and it will be built on an area of ​​78,000 square meters, divided into 42 administrative buildings suitable for all companies of all sizes, with office spaces ranging from 60 to 290 square meters.

He continued, the company has completed the delivery of 20 buildings to customers and plans to deliver 67 new units by the end of this year, and the company plans to start the actual operation of the project next January.

He pointed out that Misr Italia Properties has signed a partnership with Etisalat Misr in the “Cairo Business Park” project to develop the information and communication technology infrastructure. This will allow the provision of various smart services in real estate projects, and transform the project into an integrated digital administrative complex.

He explained that the company had completed the delivery of the La Nuova Vista project, which is built on an area of ​​31 acres, in New Cairo.

The company had also completed leasing 75% of the units of the ‘Garden 8’ commercial project in La Nuova Vista. It is built on an area of ​​​​22,000 square meters and includes 58 shops, the company aims to lease 90% of the project by the end of this year.

He added that the company has completed the implementation of the first phase of the “Kai Sokhna” project, adding that the company intends to deliver part of it during the last quarter of this year.

He continued, that the project includes 310 units, 30 hotel units with large areas. The implementation is scheduled to be completed in 2023.

He pointed out that the company is implementing a Hilton hotel inside the project, which includes 211 rooms, and it is planned to be delivered within two and a half years.

He explained that the company offers its customers offers and discounts during Cityscape events, including facilities and discounts for payment periods of 8, 7, and 4 years on Vinci, Vinci Street, IL Bosco, IL Bosco City, and Cairo Business Park projects.

He added, the company does not have any ready-to-delivery units to enter the Central Bank of Egypt mortgage initiative.

He pointed to the importance of the state’s decision to oblige developers not to offer real estate projects until after 30% of them have been built.

He explained that the decision contributes to regulating the real estate market through clear mechanisms, which maintains the pace of growth rates within the sector.

El-Assal added that the current period is witnessing a state of dialogue and discussion between the state and developers to discuss a clear mechanism that suits the public interest.

He explained as it is possible to study the experiences of the other country in regulating the real estate market and choose the appropriate experience for the local market.

He pointed out that some opinions adopt a proposal to implement the restricted account for the project by linking the project’s bank account and financial disposition through implementation stages to preserve clients’ money, or to pay 30% of the value of the land.

He explained that implementing the 30% law requires activating the role of banks in real estate financing, whether for developers or clients.

El-Assal pointed out the need to finalize the real estate developer law to regulate the market and to develop classifications of companies through which the developer’s ability to obtain land or develop projects is determined, and solvency alone is not sufficient in determining the strength of the company.

He cited the change in the culture of customers in buying real estate, as he began to care about the quality of the product, the location, and the previous work of the development companies, regardless of the price and facilities, and the price is no longer the main determinant of purchase.

El-Assal pointed out that Misr Italia owns a company specialized in management and operation, which manages and operates its projects to maintain project quality and after-sales services, and achieve the best investment return for its clients.

He continued, that the New Administrative Capital has become a city that attracts foreign investors, in addition to Egyptians working abroad, and the state has a plan to market the city by participating in foreign exhibitions.

“Some Egyptian companies are developing projects in partnership with Gulf investors, and the turning point of the administrative capital is the official opening and transfer of ministries and government agencies.”

El-Assal pointed out that the New Administrative Capital, New Alamein, and Ain Sokhna are strong attractions for foreign investments.

He expected the return on investment in the administrative capital projects to rise by up to 100%, especially for customers who bought from the beginning of the projects’ launch.

He explained that the listing of state companies into the stock market is an incentive for real estate development companies to go to the stock exchange.

He added that competition prompted companies to offer offers, facilities, and long payment periods to capture the largest volume of demand, which led some developers to offer wrong pricing or provide facilities without studying financial plans that are compatible with implementation.

He pointed out that the process of pricing per square meter is subject to various factors, including the construction cost price, including raw materials prices, wages, exchange rates, inflation rates, payment periods, and implementation period.

He pointed out that the decision to cut interest rates last year prompted citizens to inject part of their savings into the real estate market and the local market is witnessing real demand.

Real estate prices are expected to rise by about 15% during the first quarter of 2022, he concluded.