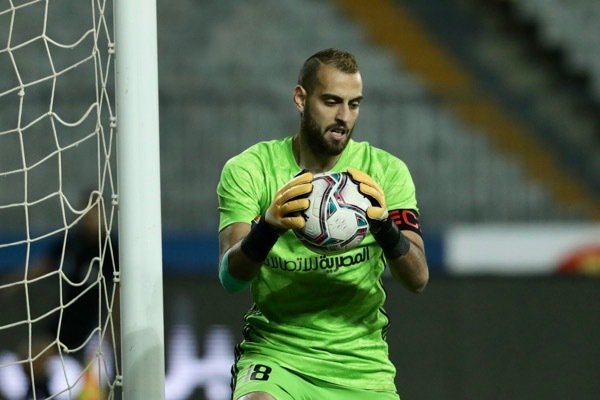 Tala’ea El Gaish goalkeeper Mohamed Bassam presented good performances this season in general, and in the Egypt Super Cup in particular, as he saved three shots in the penalty shootout after a goalless draw.

Bassam received many transfer offers from local clubs during the last period, most notably from Al-Masry, Al-Ittihad, and National Bank of Egypt SC, and Al Ahly SC. Bassam welcomed a possible move to Al Ahly during the current summer transfer window.

Bassam had 35 appearances with Tala’ea El Gaish last season and had 12 clean sheets, while he conceded 38 goals.

He was also the hero of Tala’ea El Gaish’s quarter-final game against Pyramids SC in the Egypt Cup as he also saved three shots in the penalty shootout.

“Winning the first title is always precious, especially if it was against a big team like Al Ahly,” Bassam said after the match.

“I thank the technical staff, players, and management for their high spirits, as we went through difficult circumstances in the last period,” he added.

Tala’ea El Gaish SC were the fifth team that won the Egypt Super Cup since its launch in 2001.