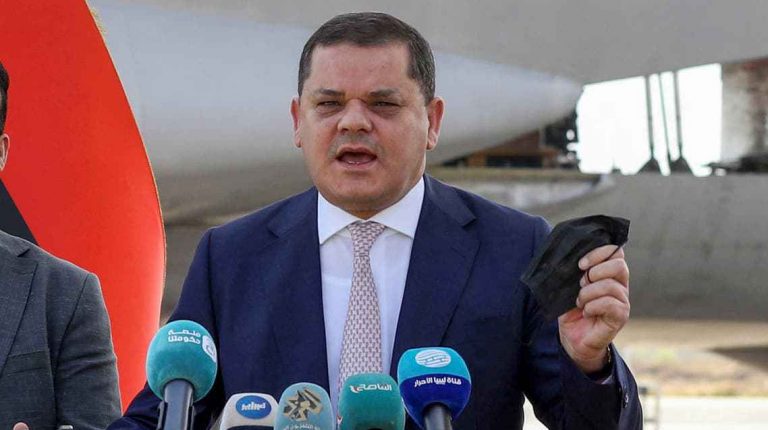 The Libyan parliament announced, on Tuesday, the withdrawal of confidence from the national unity government led by Abdel Hamid al-Dabaiba.

This comes half a year after it assumed power and three months before the end of its duties and the holding of general elections in the country, in a step that may further complicate the Libyan political scene.

Parliament sources said that confidence was finally withdrawn from the national unity government on Tuesday, during a closed session at its headquarters in Tobruk, after 89 deputies voted out of 113 deputies who attended the session.

On the other hand, the spokesman for the Supreme Council of State affirmed his rejection of the confidence-withdrawal measures from the unity government, stressing that it is invalid and illegitimate.

It is noteworthy that the Dabaiba government had won the confidence of Parliament by an overwhelming majority last March, but during this period it faced widespread criticism.

The most prominent accusations are the failure to implement the projects that it pledged to solve, especially improving public services for Libyans, unifying institutions and organizing elections, and wasting public money in a misplaced manner and outside the country, reaching the point of demanding the withdrawal of confidence from it.

The government had previously attended previous accountability sessions before Parliament, in which Dabaiba defended his government and blamed Parliament itself for the delay in the implementation of some projects, due to its failure to approve the budget.

It is noteworthy that the withdrawal of confidence from the Dabaiba government is an unexpected step that could impede the political track in the country, and topple the UN road map that ends with parliamentary and presidential elections at the end of this year.

Libya may also enter into a new cycle of political divisions and conflicts, and further complicate the political scene.

The legislator states in Article 194 of the internal regulations, that “if Parliament decides to withdraw confidence by a majority of its members, I shall return to resign and continue to conduct business until a new government is formed