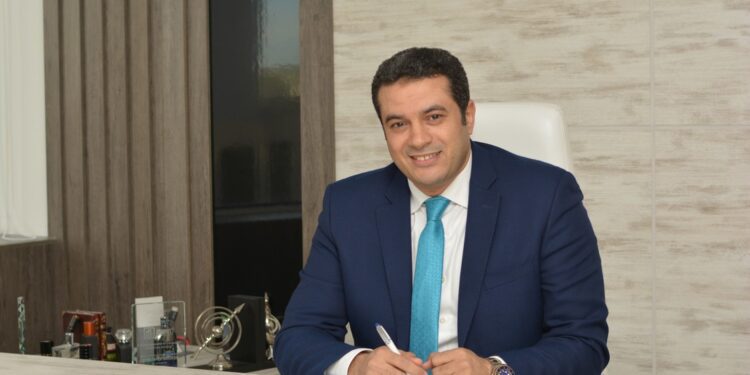 The ambitious and innovative vision of Akam Developments meets the real needs of customers and provides all means of happiness, comfort, and luxury in its projects. This was the company’s strategy since launching in Egypt. Therefore, the company was able in less than four years to be one of the leading players in achieving the concept of happiness and making it a realistic lifestyle.

The company decided, since the launch of its first project, Scenario, in the New Administrative Capital, to implement this vision, especially after many years of research and study of Egyptian families and their basic requirements.

The idea succeeded and the project achieved a great turnout from customers. This concept was extended to its second project, Scene7, which also achieved great success and demand from customers since its launch at the end of last year. The company sold the entire first and second phases and over 55% of the units in the third phase two months before it was launched last July.

Akam also extended its happiness concept to include all employees of the company since the first day of its operation in the Egyptian market. The company provided a friendly working atmosphere because it believes that a happier workforce is clearly associated with the company’ ability to deliver better customer satisfaction. The company launched a large appreciation campaign for its employees, who were responsible for achieving the company’s goals during the past two years, despite the challenges caused by the coronavirus crisis, which affected the entire world.

You launched your latest campaign, the Akam family, and it had a positive impact on the real estate sector and all the company’s employees. What is the purpose of this campaign?

I would like to clarify that the company’s basic vision depends on innovation and providing everything that is different, including our belief in providing urban communities that provide quality of life and happiness for all our customers. This is why we invest in Akam’s employees and qualify them for leadership by doing assessments and training courses for them all the time and providing a healthy work environment for all. This is what Akam has succeeded in achieving over the past three years. So we decided to honour our employees and express our happiness and celebrate their excellence by dedicating a family day in which everyone is free from restrictions and wears the most beautiful cheerful colors and celebrate together the success of the company. This is in addition to the fact that after the circumstances that the world went through from the outbreak of the Coronavirus and its negative impact on the sales of real estate companies, there were departments full of employees whose main goal was to deliver the concept of happiness to customers. During the recent period the company succeeded, through the solidarity of all its management, in achieving an increase from the target sales set by the management, so the company’s board of directors, in cooperation with the marketing department, was keen to compensate its employees for the difficult periods.

Achieving good results and high sales rates have distinguished Akam since its launch. What is the secret to achieving this goal?

Akam relies on investing in the human capital to achieve the best possible results.

Since the return to work within the company after the Coronavirus pause, we found all the company’s employees working hard, diligently and with team spirit to write an epic of impressive success by exceeding the sales target.

Happiness lies in a clear strategy upon which the company was based from the first day. How did you consolidate this spirit and make it an approach to follow?

Providing happiness to AKAM clients was the goal of every individual working in the company. The AKAM management was keen to convey the feeling of happiness to its employees. They were informed of the idea at the beginning of the establishment of the company until the implementation of stages and taking important steps towards achieving this idea on the ground, which had a great impact in spreading the spirit of happiness and discovering the steps to achieve it on the part of the company’s employees. This is mainly how we retained about 70% of its employees who joined the company.

Akam always innovates and develops to satisfy its customers. What are the methods that the company depends on?

Real estate development companies must search to solve the problems related to the customer. From here, we designed a mobile application to book services within the compound that the resident can use to book the cinema hall or meals from the central kitchen and all other services in addition to providing some tools for customer happiness through new ideas. For example, the project’s design includes a party hall equipped to hold celebrations for clients’ occasions, and help them through the happiness management team, who is interested in every occasion related to the client, whether a birthday, wedding anniversary or the success of one of the children and providing ideas that bring about a kind of joy and pleasure to the rest of the family members and do on its implementation.

What is the future plan of the company and the projects that the company will present to the market during the coming period?

After the state approved a law to implement 30% of the project before announcing it for sale, how would this law affect the Egyptian real estate market, in your opinion?

I see that the state is closely monitoring the movements of the Egyptian market and the state of randomness that appeared in some development areas, so the state was keen to issue a decision to implement 30% of the project before announcing it for sale, which will work to regulate the market movement and liquidate the companies operating in it to become the survival of the serious developer with strong financial solvency to participate in the development process and achieve the best investment return in the Egyptian real estate market. We have no objection to implementing the decision, whether in the construction phase or depositing the value of 30% as a bank deposit, which is the best proposal to implement the plans and visions of companies and achieve ensuring the success of the state project and guaranteeing the rights of the client.

It is expected that the banks will provide financing facilities to developers and reduce the requirements for financing, especially that the bank will be a guarantor of financing by depositing 30% of the project with it.

How did the state contribute to creating an investment climate that helped push the wheel of economic development and show the spirit of competition among companies?

The state provided a good climate for investment by allowing the implementation of projects such as towers, which added to the Egyptian market great external expertise to implement these giant and new projects on the Egyptian market, in addition to applying smart systems in 4G cities and spreading the spirit of competition among companies to produce the best of what they have.

Does the company rely on self-financing? Is there an intention to borrow from banks during the coming period?

What has been injected so far into the capital projects is self-financing, but I do not mind during the coming periods of bank borrowing, especially after we prove our seriousness in the market by delivering the first phase of the scenario project by the end of this year and we are committed to scheduling the payment with the capital company.