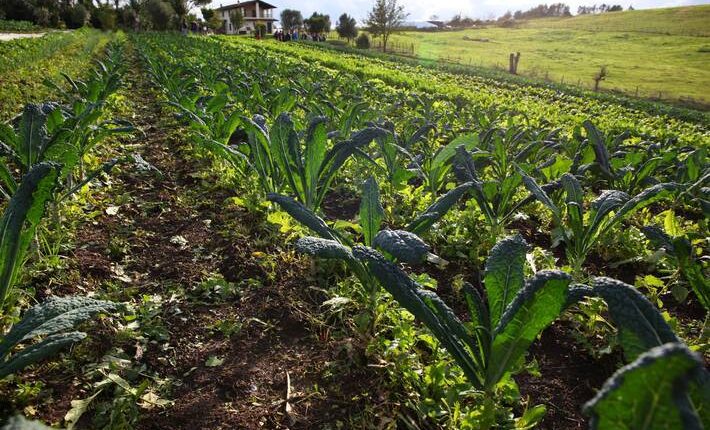 The Food and Agriculture Organization of the United Nations (FAO) has launched two new tools aimed at encouraging farmers to store organic carbon in the soil as a way to combat climate change.

The two tools are part of the global RECSOIL initiative to return carbon stocks to soils, intending to support national and regional initiatives to reduce greenhouse gases.

Carbon capture and storage technologies, which are still under development, represent one of the most promising technologies in the policies pursued by some countries to meet the commitments of the Paris Climate Agreement, which are to reduce greenhouse gas emissions and reduce the earth’s temperature.

The first tool launched by the Organisation on 8 September, is a global map showing the extent and location of carbon dioxide storage in soil. This map is the first global assessment of the capabilities of the world’s soils to store organic carbon in the soil.

“Soils are considered one of the most important vessels that have the ability to absorb carbon dioxide and convert it into organic carbon,” says Mohamed Abdel Moneim, Senior Advisor to the Regional Office for the Near East and North Africa at FAO in Cairo.

He explains that in densely forested areas, trees are the factor that absorbs carbon, as is the case in the tropics, but when these forests are cut down, only the soil itself remains to absorb carbon dioxide through the roots of plants and small weeds.

About the map, Abdel Moneim says: “The level of data displayed on the interactive map depends mainly on the amount of information provided by governments to the project.”

The map includes different levels of information about the ability of the soil to capture carbon and fix it in it, and then increase its fertility, which helps in viewing data such as primary stocks and expected stocks of organic carbon, which helps in determining the type of crop that can be grown in each region, which will return It also benefits the food security system in its comprehensive sense.

Moreover, the map shows a clear variation in the levels of organic carbon storage in the Middle East and North Africa, with the highest stocks concentrated near the northern margins of Egypt, Morocco and Algeria, in addition to the coast of the Levant, while the storage rates diminish as we go deeper into the desert in Egypt, Algeria and the countries of the Arabian Peninsula.

It is clear from tracking the reserves of organic carbon in the region, that the stock of organic matter varies even within a single region in a single country. The map shows a clear concentration of organic matter in some areas of the inner delta; due to the concentration of agriculture in it and lower temperatures, then concentrations begin to diminish as we head east and west towards the desert margins of the delta, until they almost disappear, and the same thing appears in Morocco, where the stock decreases as we head south, away from the coast.

“Our region is considered one of the driest areas, as many countries depend on rain-fed agriculture, which does not encourage the growth of plants that allow the formation of a sufficient amount of organic matter,” according to Abdel Moneim.

The data provided by the map will benefit decision-makers in the region in determining the appropriate type of fertiliser for each type of soil, thus achieving sustainable management of agricultural areas.

Soils, if sustainably managed, can store up to 2.05 gigatons of carbon dioxide equivalent per year, with the potential to offset 34% of greenhouse gas emissions from agriculture, annually.

As for the guide book, Abdel Moneim explains that the implementation of the solutions and practices included in it are not yet clear for the regional offices, noting that they will differ from one country to another, according to soil quality and climatic conditions, in addition to the size of the achievement in carbon capture and stabilisation.

Despite the enthusiasm given by FAO to carbon capture and storage projects, Sigurs Siguridis, a researcher at the Dubai Electricity and Water Authority, and associate professor at Khalifa University in the UAE doubts their feasibility because of the long time it takes to capture carbon and fix it in the soil, he notes that “these projects may be beneficial in the long term.”

Siguridis says: There are other projects that deserve attention in the fight against climate change, more than carbon capture, such as renewable energy projects that have proven more ability to reduce emissions, especially that the former are expensive and require huge investments, in addition to being ineffective as required.