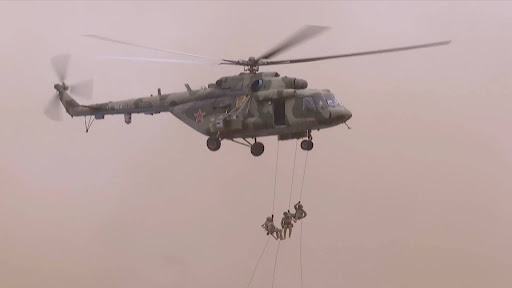 The “Peace Mission 2021” counter-terrorism military drill of the Shanghai Cooperation Organization (SCO) member states wrapped up on Friday in Russia.

The military exercise was successful and all the tasks were finished, Commander of the Russian Central Military District Alexander Lapin said at a closing ceremony at the Donguz training range in Russia’s Orenburg Region.

During the ceremony, 27 Chinese military personnel were awarded for their outstanding performance.

The participating forces conducted live-fire drill on Thursday, when military equipment such as infantry fighting vehicles and assault vehicles made fierce attacks against the targets.

The participating troops consisted of about 4,000 military personnel, among which over 550 were from China.

The senior military officials also exchanged their views at a meeting of chiefs of general staff of the SCO member states on Thursday, on the current international and regional situations, security challenges, and deepening military and security cooperation.

They also expressed concern over new risks arising from the hasty withdrawal of foreign troops from Afghanistan.