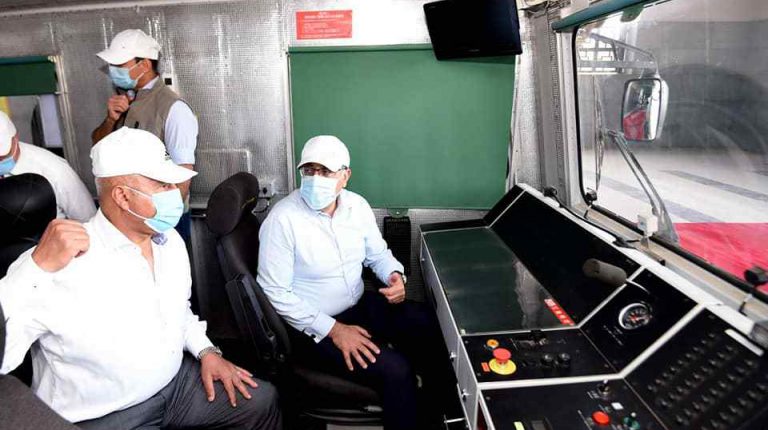 Egypt’s Prime Minister Mostafa Madbouly announced, on Saturday, that the trial operation of the new electric train will start within a few months, with a capacity up to 1,800 passengers per trip to the New Administrative Capital (NAC). Each electric train station has a parking area that accommodates 2,000 cars.

Madbouly’s remarks came during his inspection tour, accompanied by Minister of Transport Kamel El-Wazir, to a number of new transport projects in Cairo, as well as the expansions of the Ring Road.

Madbouly listened to an explanation from the Minister of Transport about the expansion of the Ring Road through Al-Moneeb and its intersection of the highway.

He noted that the electric train will connect all the new cities to Cairo, representing a qualitative leap for mass transportation in Egypt.

Noteworthy, Egypt signed a contract with the French company RATP Dev to manage, operate, and maintain the electric train during the period of implementation.