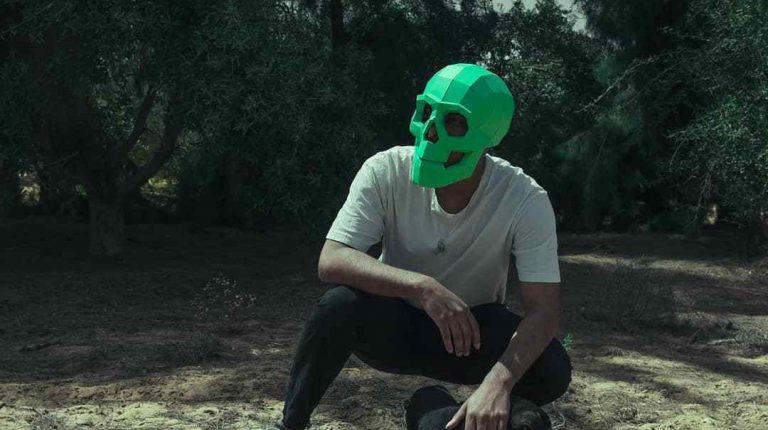 ‘3dd El Sokan’ has already hit over 30,000 streams on Anghami in just 2 days since its release. And it’s been picked up by Anghami as one of the platform’s Editor’s Picks.

But his latest single fits into the future bass and electro chaabi genre, which is currently sweeping the underground culture in Egypt and the Middle East.

Electro chaabi music combines the DIY punk spirit of the 70s with a modern hip hop attitude, creating something fresh, dynamic and utterly thrilling, and ‘3dd El Sokan’ is just that.

The word unique is often overused. But this track sounds like nothing else. It opens with almost jazz world keys before ghostly vocals sneak in alongside an otherworldly arpeggio.

From there, the track ebbs and flows, with Arabic flourishes, punctured beats and sweeping basslines.

El Waili, named after a local neighbourhood, sprung to life during the early stages of the pandemic in 2020.

‘I started to produce music that translates my sonic experience while living in the El Waili neighbourhood, I wanted to deconstruct the urban noises and present a perspective and a feeling with a distinctive music style and drops.;

3dd El Sokan is the result of several jam and freestyle sessions with fellow artists Donia Wael and Zaid Haled, and the single, released on Saudi Arabia’s Wall of Sound, is as unique as El Waili’s performance persona.

The green skull is a ‘reflection of the inner flow of music, ideas and perspective’ while the skull also reflects the ‘mortality of music and history.’

Wildly inventive and creative, expect to hear a lot, lot more from El Waili in the near future.