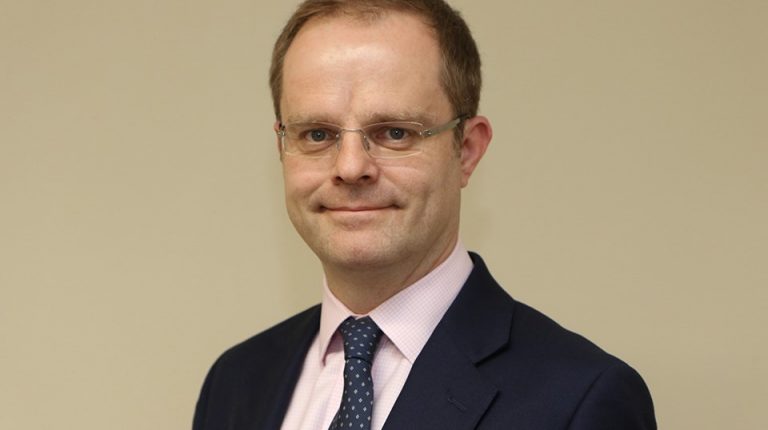 The United Kingdom will support Egypt candidacy as president of the 27th Conference of the Parties (COP27), UK Ambassador in Cairo, Gareth Bayley, has told Daily News Egypt.

Egyptian President Abdel Fattah Al-Sisi said last week that his country is looking forward to hosting COP27 in 2022 on behalf of Africa.

Ambassador Bayley said that Egypt has an important and leading role in Africa and the world, therefore the UK supports Egypt’s candidacy for COP27 chief.

The UK Ambassador believes that the prospects of renewable energy in Egypt are extremely bright, and that the North African country is one of the best places in the world for solar and wind energy production, giving an example of the Benban solar complex project.

As COP26 approaches, Ambassador Bayley stated that the UK cooperates with Egypt over climate action through two paths.

“First, when Egypt wins the presidency COP27, we want to establish a partnership between the two countries at the global level, to lead the battle against climate change,” Bayley said. “President Al-Sisi said earlier that Egypt has a moral responsibility for climate change.”

Second, the UK is proud to invest in wind farms and solar parks in Egypt, and to help protect the Nile Delta from floods.

Daily News Egypt asked Ambassador Baylely if his country was planning to increase funding to developing countries, including Egypt, for climate resilience. He said that the UK is the biggest donor in the Green Climate Fund. In addition, the UK is donating £11.6bn for international climate financing in the coming five years.

He revealed that the international community pledged $100bn for climate resilience. However, the world needs so much more, which can be secured through the private sector.

“We know that countries all around the world need financing to adapt. We can leverage trillions from dollars of private financing,” Bayley said.

Last Friday, young people from around 99 countries around the world took to the streets to demand urgent action to avert disastrous climate change, in the largest protest since the start of the COVID-19 pandemic.

Baylely believes that the world can only face this climate catastrophe with the help of young people.

As for COP26, the event’s main goal is to keep a temperature rise limit of 1.5 degrees; otherwise the ecological consequences would be catastrophic.

“When I see demonstrations around the world, I see volunteers who are trying to meet the target that the COP26 wants to meet. It’s not just two degrees that we want to stop. We want to settle at a 1.5° rise limit, and honestly we’re not there yet,” he said.

Baylely concluded that the world needs to see everybody personally responsible for fighting climate change, stressing that the UK welcomes deliberate actions by citizens.