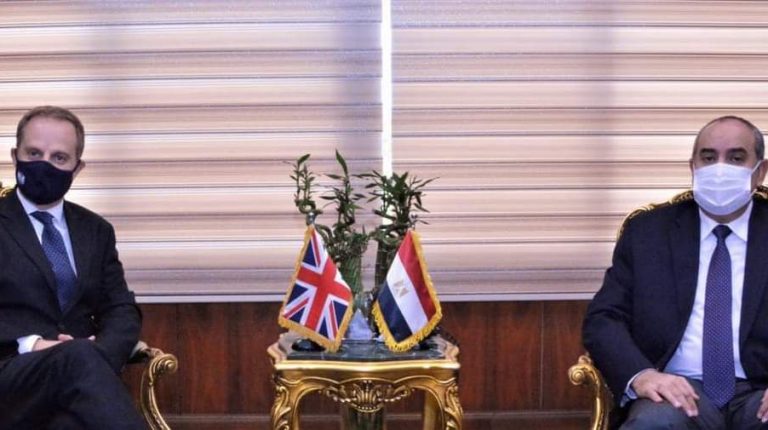 Egypt’s Minister of Civil Aviation Mohamed Manar met, on Sunday, with British Ambassador in Cairo, Gareth Bayley, to discuss aspects of cooperation between the two sides in regard with air traffic.

Manar congratulated Ambassador Bailey on his appointment, wishing him success and progress. The two sides emphasized the depth of the relationship between Egypt and the UK.

The Minister of Aviation indicated that Egypt and the UK have strong historical relations in various fields, especially in the field of civil Aviation. He asserted the importance of the aviation sector’s contribution to strengthening bilateral economic, trade and tourism relations between both countries.

The British ambassador praised the remarkable positive development witnessed by the Egyptian state at various levels. He hailed the clear vision pursued by the Ministry of Aviation towards development and modernization in order to advance the air transport industry, and the ministry’s constant endeavor to enhance cooperation and establish partnerships with many international bodies.

Earlier this month, the new UK travel update will move Egypt and seven other countries to the so-called “amber list”, a medium-risk category per the UK’s anti-coronavirus safety measures, which requires simpler rules for entering the European country.

The UK is one of the largest tourist markets for Egypt. From 2010 to 2015, it was ranked between the second to the fourth place among the ten largest exporter of tourists to Egypt.