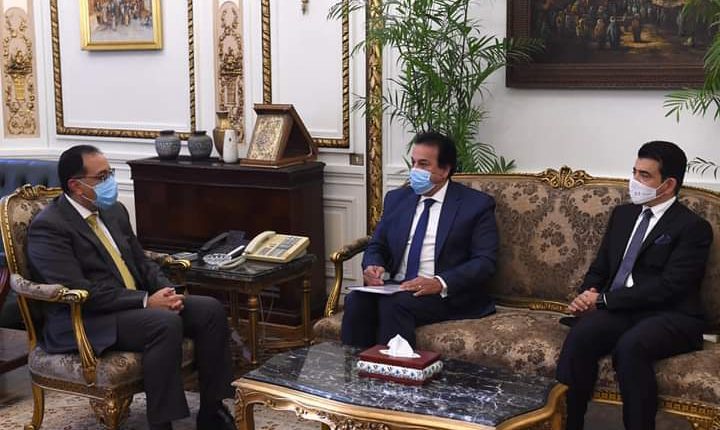 Madbouly expressed Egypt’s pride in hosting the 14th General Conference of ISESCO for the first time in December 2021. He pointed out that Egypt’s hosting of this conference represents a strengthening of its African and Islamic role in the fields of education, science, and culture.

Also on Sunday, Minister of Planning and Economic Development Hala El-Said received Al-Malik to discuss cooperation between the Ministry and ISESCO in the field of entrepreneurship through the “Rowad 2030” project.

The two sides also tackled areas of training and rehabilitation, and cooperation in youth and women’s rehabilitation programs provided by the Ministry of Planning through its affiliates, were discussed.

El-Said said that Egypt has strong and active relations with ISESCO in several fields, and the Ministry of Planning and Economic Development welcomes cooperation with the organization in all fields, especially entrepreneurship.

She pointed out that the ministry has the Rowad 2030 project, which is concerned with stimulating and enriching the culture of innovation and entrepreneurship.

El-Said added that the project provides specialized rehabilitation programs in cooperation with major local and international universities, to link knowledge applications and innovation outputs with national goals and challenges, which contributed to its inclusion as one of the best practices in the United Nations programs around the world in achieving sustainable development goals.

Al-Malik praised the efforts exerted by the Ministry of Planning in the field of training and capacity-building for young people, the initiatives it launched.

He stressed that ISESCO’s vision and work strategy attaches great importance to building the capacities of youth and women, and encouraging them to become entrepreneurs.

“ISESCO in cooperation with some donor institutions has achieved great success in supporting this field in some African countries and spreading a culture of innovation in the countries of the Islamic world,” He said.