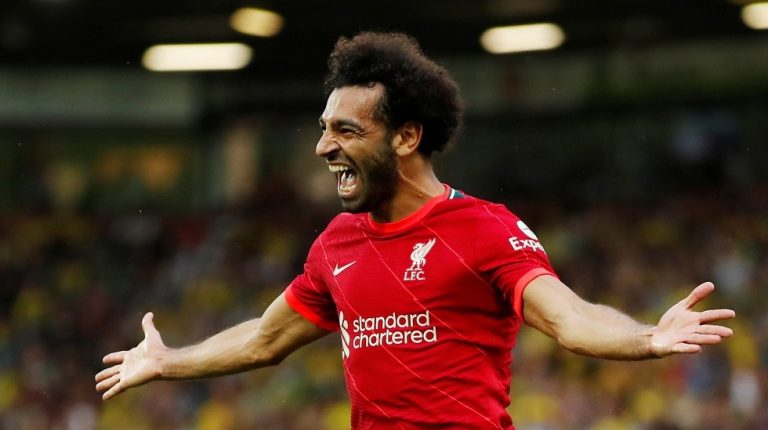 Mohamed Salah continues to make history with Liverpool. The Egyptian pharaoh joined the 100 league goal club with the Reds, and topped the list of top scorers in the Premier League this season so far.

Liverpool celebrated the accomplishment after Salah scored against Brentford in the sixth gameweek of the English Premier League.

The official social media account of Liverpool published a picture of the Egyptian star among the list of the top 10 goalscorers of the team.

The Egyptian star reached his 131st goal with the Reds in 164 games in all competitions.

Salah presents high-level performance that astonishes everyone in England, beating big stars that joined the EPL recently, such as Portuguese Cristiano Ronaldo in Manchester United, and Belgian Lukaku in Chelsea.

Salah is the top scorer in the English Premier League, jointly with Leicester City striker Jamie Vardy, and West Ham star Michel Antonio, with 5 goals each.