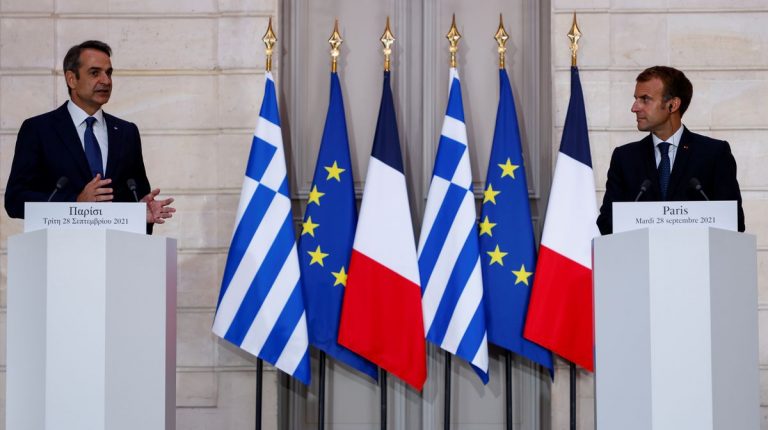 France on Tuesday signed a memorandum of understanding with Greece for the sale of three French-made “frigates of defense and intervention” as part of the two countries’ “strategic partnership”.

This accord came ten days after France saw its contract to sell 12 diesel-electric submarines to Australia dislodged by a newly created security partnership between Australia, the United Kingdom and the United States (AUKUS).

“Europeans must come out of their naivety,” French President Emmanuel Macron said after signing the accord at the Elysee Palace with visiting Greek Prime Minister Kyriakos Mitsotakis.

Europeans need to show that they “also have the power and the ability to defend themselves” by drawing on the “consequences” of the fact that the United States “concentrates on itself and has strategic interests which are reoriented towards China and the Pacific,” he said.

“With Greece, we are now entering into a strategic cooperation partnership in the field of defense and security. It strengthens our collective security, our strategic autonomy and our European sovereignty,” he said.

French shipbuilder Naval Group, still shocked by the sudden cancelation of the so-called “contract of the century” of Australia’s Attack-class submarine program, will deliver the warships to Greece in 2025 and 2026, French media reported without providing details on the value of the deal.