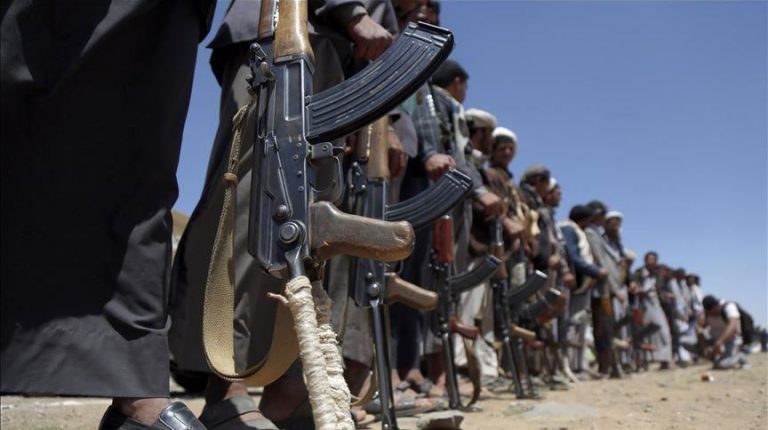 At least 20 Houthi rebels were killed in overnight airstrikes by Saudi-led coalition warplanes on the rebel positions in Yemen’s central province of Marib, a Yemeni government military source said Tuesday.

“The airstrikes hit the militia sites and their reinforcements along the mountains of Harib district in Marib Province,” the source in Marib told Xinhua on condition of anonymity.

A medical source in neighboring Houthi-held Bayda province told Xinhua that “several bodies were pulled from Harib this morning.”

The southwestern Harib district fell at the hands of Houthi rebels last week after clashes with the Yemeni government forces. Harib mountains overlook a highway leading to the government-controlled Marib’s central city and Safer oil fields.

With the takeover of Harib, the Houthi group now controls 10 districts out of 14 in Marib.

The Iran-backed Houthi militia launched in February a major offensive on Marib in an attempt to seize control of the oil-rich province, the last northern stronghold of the Saudi-backed Yemeni government.

Yemen has been mired in civil war since September 2014 when the Houthi militia forced the internationally recognized government of President Abd-Rabbu Mansour Hadi out of the capital Sanaa.