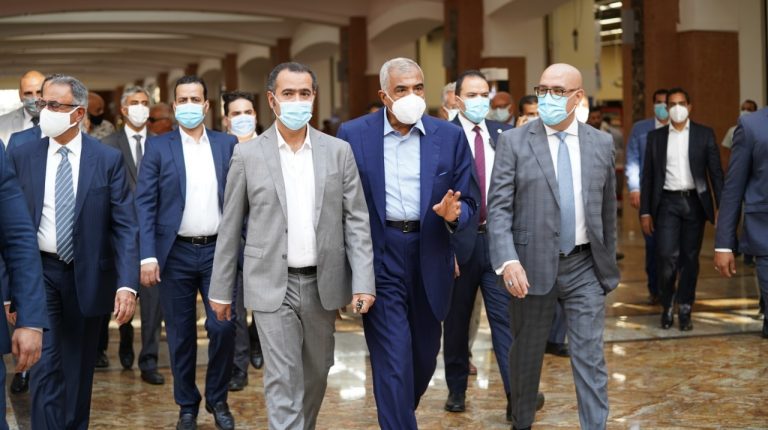 In addition to a high-level Saudi delegation that included several senior officials and prominent businessmen in the Kingdom.

Moustafa accompanied the Minister of Housing and the accompanying Saudi delegation on a tour of the city.

The tour started on the top of the city’s main gate, where Moustafa briefed the officials and the visiting delegation on the services and facilities of Madinaty, which was built on an area of 8,000 acres.

The delegates then, toured the service, commercial, entertainment, and educational centres in Madinaty, such as the Open-air Mall, El-Jamea Mosque, Madinaty Sports Club, Golf Club, the British School, the handcrafts area, and the data centre, in addition to a number of residential areas; villas and buildings.

The Saudi delegation expressed its great admiration for what they saw of the volume of works carried out in Madinaty.
They also praised the commercial and entertainment services established in the city at the highest level, comparable to international cities.

For his part, Hisham Talaat Mostafa expressed his warm welcome to the officials’ visit, stressing that Madinaty has become one of the most prominent urban models developed by the private sector in the region generally and in Egypt precisely.

He noted that Madinaty became the focus of attention of senior officials and investors in the region.

Mostafa concluded by stressing his great pride that “Madinaty,” which was developed by the National Group, Talaat Moustafa, becomes now a model that all Egyptians can be proud of.