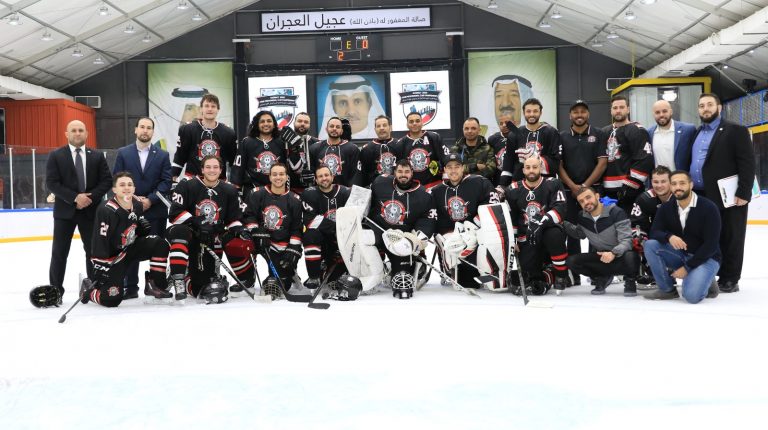 Under the Patronage of the Egyptian Ministry of Youth and Sports, the Ministry’s sports tourism division in partnership with the Egyptian National Olympic Committee (ENOC) and Canada’s Friendship League, will host its first ever International Hockey Tournament following the country’s success at the Tokyo Olympics. The Ministry and ENOC are setting their sights on winter sports after the gold medal victory of Feryal Abdelaziz in Karate just one month ago.

The Egypt Ice Hockey Experience 2021 (EIHE 2021) will be held in partnership with Canada’s Friendship League, an organization that promotes cross cultural engagement between distant countries through sport. Participating organizers, Egypt Ice Hockey and Egypt Winter Sports, have been actively trying to put Egypt onto the International Winter Sports Scene. Since 2016, Egypt Ice Hockey has participated in ice hockey matches in Morocco, Canada, United States, United Arab Emirates and Kuwait. Their quest to establish an official winter sports federation has been covered in all the top international media outlets.

Co-Founder and CEO of Ibis, event co-organizers for EIHE 2021, Nancy Abdelhadi, said “Egypt Ice Hockey and all of us were so excited when Scott Howe of the Canadian organization the ‘Friendship League’ revealed that they were interested in hosting their next tournament here in Egypt. The idea of promoting Egypt as the perfect destination for sports tourism, youth tourism and hosting international sports events is exactly in line with our mission. We have been dedicated toward the promotion of winter sports in Egypt and we are confident that our dream of seeing the Egyptian flag being waved at the Winter Olympics will soon be a reality.”

This tournament will also provide an opportunity for Egypt to again showcase why it’s a unique destination to host major summer and winter sporting events. The 2019 African Cup of Nations (AFCON) was just the latest successful international competition to take place across the country’s stadiums. While the nation’s football infrastructure is world renowned, there is a dire need for a full-size ice rink in the country and in Africa as a whole.

EIHE 2021 will be held from 24 to 26 October 2021, in Cairo. Egypt Ice Hockey will enter teams that will showcase the talent of local players as well as expats and dual nationals. To show their support for an official winter sports federation, Olympic Hopeful athletes including skier Ahmed Fayed and snowboarder Khaled El Shebokshy will be in attendance during the 3-day Ice hockey event.

Despite Egypt’s rich summer sports history, Egypt has participated in the Winter Olympics only once back in 1984 at the Sarajevo Winter Olympics. That year, 49 nations and 1,272 athletes competed in 39 different sports events. Athlete Jamil El Reedy, an Egyptian American, competed in three different disciplines of Alpine Skiing, without winning any medals.

The ‘Friendship League’ is an organization that harnesses the power of sports tourism to foster genuine cross-cultural engagement between otherwise distant communities, and to support the growth of unique sports communities around the world. Past events have been held in Kenya, Turkmenistan, North Korea, Costa Rica, China and Turkey, with the organization planning several new destinations for 2022.