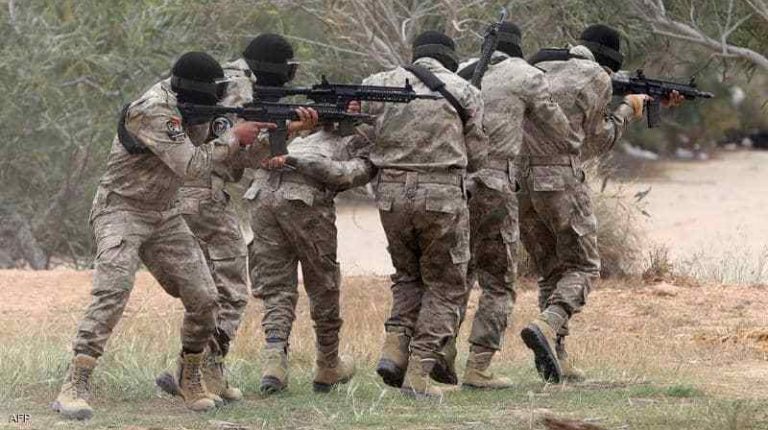 Libya announced Sunday the departure of some foreign fighters from the country, in a step that would open the door to implementing the faltering roadmap.

During a joint press conference with Kuwait’s Foreign Minister, Al-Manqoush described the move as a “very simple start” for the exit of foreign fighters from Libya.

Foreign fighters and mercenaries have been one of the most important obstacles to the implementation of the political roadmap in Libya, which it is hoped will culminate in the elections scheduled for the end of this year.

Egypt had renewed its demand for the “unconditional, simultaneous and coordinated exit of all foreign forces and mercenaries from Libya,” in line with international decisions in this regard.

During the virtual meeting last week of the African Peace and Security Council on Libya, Egyptian Foreign Minister Sameh Shoukry called for renewed support for the implementation of the ceasefire agreement, including what was stipulated regarding the freezing of military agreements for training inside Libya, and the exit of training crews.

He referred to the “necessity of completing the procedures for reviewing and revising the African Convention against Mercenaries on the Continent.”

Shoukry urged the countries that exported fighters and mercenaries to recover those they sent to other regions, and closely monitored the security forces of the most dangerous elements, while punishing the mercenaries’ supporters, their employers, and those who facilitated their transit and movement between different countries.

He also called for strengthening joint cooperation at the continental level to track the movement and activities of mercenaries, setting up mechanisms for tracking and exchanging information, and enacting or amending internal criminal legislation in line with combating this threat.

The Egyptian minister stressed the need for the international community to contribute to supporting programs for the integration and rehabilitation of elements involved in armed groups after their demobilization, and to develop appropriate programs to disarm the weapons in their possession.

This comes in line with the African Union’s “Silencing the Guns” initiative, which provides the appropriate framework for dealing with the phenomenon of mercenaries.