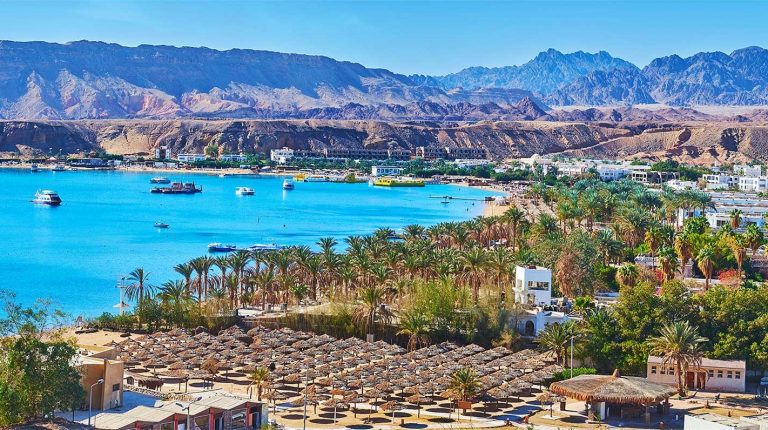 Egypt was selected to host the 27th edition of the Conference of the Parties (COP27) in 2022, US Climate Envoy John Kerry announced on Saturday. This year’s edition of the COP is to be held in Glasgow, the United Kingdom, in November.

On 20 September, Egypt’s President Abdel Fattah Al-Sisi expressed his country’s interest in hosting the COP27 summit representing the African continent. The environment-friendly city of Sharm El-Sheikh is due to host the conference.

Samir Tantawi, climate change senior consultant and project manager of Egypt’s Fourth National Communication for United Nations Framework Convention on Climate Change (UNFCCC), said that the COP summit is considered the largest and most important international event that the world witnesses every year.

He added that the delegations of member states to the convention, the Kyoto Protocol and the Paris Climate Agreement meet to discuss, consult and negotiate contentious issues within the framework of the implementation of international agreements related to climate change.

“This conference is widely known as it includes more than five subsidiary conferences. About 10,000 people participate in the event which includes high-level meetings in which countries are represented at the level of the head of state, the prime minister, or at least the minister concerned with environmental affairs and climate change,” said Tantawi. The Secretary-General of the United Nations also attends the COP meetings.

Tantawi told Daily News Egypt that Egypt’s hosting of the COP27 reflects the international community’s recognition of the Egyptian efforts in preserving the environment, in addition to Cairo’s contribution to fighting climate change.

He further noted that during the past period, Egypt has achieved successes in many development fields in order to preserve the environment. The government has also taken care of the climate change file at the highest political levels. The Supreme Council for Climate Change was formed under the chairmanship of the Prime Minister and the membership of the relevant ministries, and institutional entities were formed within each ministry to deal with the issues of climate change.

The state has also paid great attention to the development of power generation projects from renewable and clean sources, as well as attention to rationalisation and improvement of energy efficiency activities.

According to the expert, Egypt has also paid attention to the climate finance file, as many national banks have begun to allocate a financing path for projects with environmental outcomes, and the Ministry of Environment, in cooperation with the Ministry of Planning, has issued environmental sustainability standards.

The Egyptian government is also concerned with the issue of adapting to climate changes through the implementation of a number of activities and projects to strengthen some areas in the northern coast to protect them from erosion and deterioration, and to conduct research on varieties of crops that tolerate salinity, heat and drought conditions.

According to Tantawi, Hosting such international conferences lends the character of the international community’s confidence in the country to host, and places on the host state obligations to prepare at the highest level.

One of the most important requirements in the host country is that it be classified as a safe country according to the classification of the UN, and that it has a developed network of transportation, aviation, communications, and hotel rooms at various levels to accommodate the large number of participants. All vital facilities should be available in the hosting city, such as security, hospitals, vaccination centres and others.