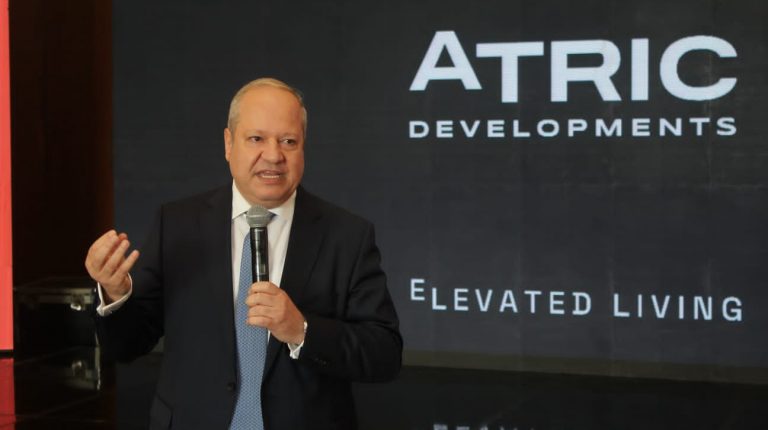 El Asreya Developments has been rebranded as Atric Developments, as part of its strategic and expansion plan to keep pace with developments in Egypt’s real estate market.

In a press conference, Chairperson of Atric Developments Ashraf Naguib said the move comes after very detailed and accurate studies of the market.

He added that the company delivered recently the Divina Gardens project, the first villa compound in Shorouk city, which was sold out and delivered a year earlier than scheduled.

Naguib praised the ongoing urban renaissance in Egypt and the new sustainable cities that made an unprecedented qualitative leap in the country.

Mohamed Khattab, the company’s Commercial Director, stated that the company’s expansion plan is based on offering two projects in New Cairo and the North Coast during 2022, in addition to completing the construction work of the current projects.

He said that the first project is Boardwalk in the New Administrative Capital (NAC) which was built on an area of 45 feddan in R7 district, with EGP 4bn investments. Boardwalk comprised 1,500 units, including apartment buildings, duplexes, and villas of various sizes. Khattab noted that 53% of the project’s construction work was completed, adding that about 75% of the units were sold in two phases.

He further disclosed that the third phase will be opened for sale soon. In addition, the company will launch a commercial property project, which will be separate from Boardwalk. The new project will be built on an area of ​​30,000 sqm, and will be launched during the first quarter of 2022.

The second project is Boho Sokhna, to be built on an area of 20 feddan, with investments worth EGP 1.5 bn. The project offers 300 different units including, chalets, villas, and duplexes. The first phase of the project will be delivered mid-2022.

Additionally, the project includes a 100-key hotel with investments worth EGP 250m. Moreover, the company has agreed to cooperate with one of the major English companies to manage and operate the hotel at Boho.

The company’s current total investments amounted to EGP 7bn, while the target sales were estimated at EGP 500m in the next three months and EGP 2.5bn in 2022.