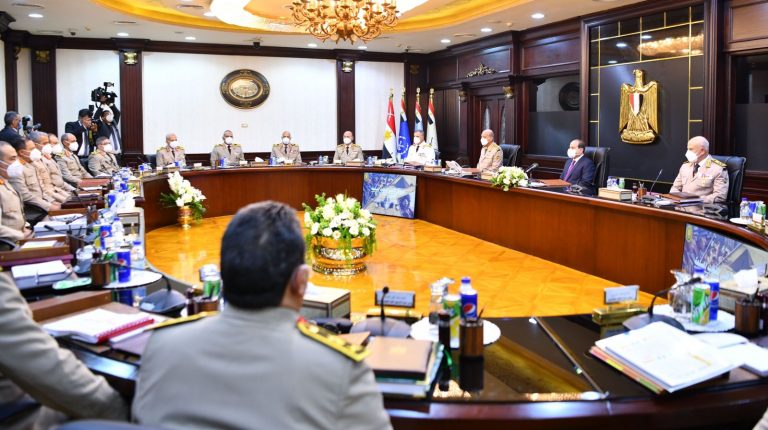 Egypt’s President Abdel Fattah Al-Sisi chaired Tuesday a meeting of the Supreme Council of the Armed Forces, in which he congratulated the Egyptian people and the army on the 48th anniversary of the 6 October War.

Bassam Radi, the spokesperson for the Egyptian Presidency, said that Al-Sisi laid wreaths at the Unknown Soldier Memorial and the tombs of late presidents Anwar El-Sadat and Gamal Abdel Nasser, as part of Egypt’s celebration of the glorious war victory.

The meeting also discussed a number of topics related to the activities and tasks of the Armed Forces and their efforts to protect national security.

Moreover, the Armed Forces announced that they will open two military museums in El Alamein and Port Said, and will open ​​the October War panorama and the National War Museum at the Salah El-Din Citadel for free to the public on Wednesday, to mark the October War victory.