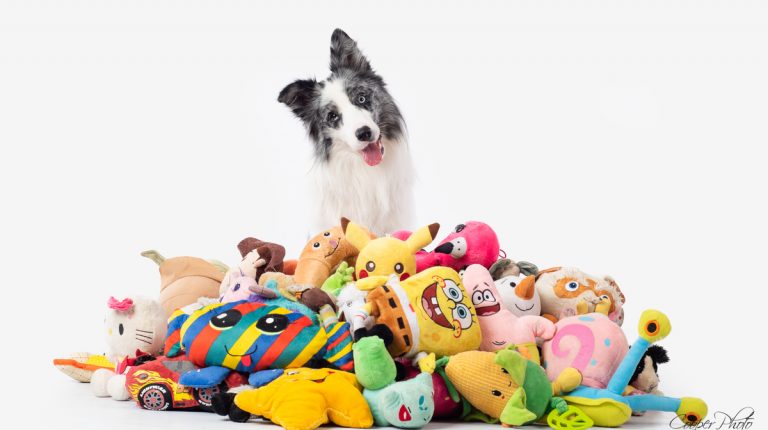 Does your dog understand you? All dogs are smart but some are uniquely talented in learning words. According to a new study, just published in Royal Society Opens Science, some gifted dogs can learn up to 12 new toy names in one week. Not only that, but they also can remember the new toy names for at least two months. The dogs presented their exceptional skills as part of the Genius Dog Challenge, a series of live broadcasted experiments, which became viral over social media.

“We know that dogs can easily learn words that are linked to actions, such as “sit” or “down”. But very few dogs can learn names of objects,” said Shany Dror, leading researcher, from the Family Dog Project, Eötvös Loránd University. “For more than two years, we searched around the world for dogs that had learnt the names of their toys, and we managed to find six.”

The dogs: Max (Hungary), Gaia (Brazil), Nalani (Nederland), Squall (Florida), Whisky (Norway), and Rico (Spain), all qualified to participate in the challenge by proving to know the names of more than 28 toys, with some knowing more than 100!

“These gifted dogs can learn new names of toys at a remarkable speed,” said Dr. Claudia Fugazza, head of the research team. “In our previous study we found that they could learn a new toy name after hearing it only 4 times. But, with such short exposure, they did not form a long-term memory of it.”

In this new study, the researchers wanted to push the limits of the dogs’ talent, so they challenged the owners to teach their dogs the names of, first, 6 and then 12 new toys in only one week. The researchers were amazed by the dogs’ performance.

Dror said, “It turned out that, for these talented dogs, this was not much of a challenge. They easily learned between 11 to 12 toys.”

The researchers also tested the dogs twice, one and two months, after they had learned the names of the new toys and found that they still remembered them.

The study not only reveals that some gifted dogs can learn new words at an astonishing rate, but it also standardizes a new way of conducting science.

“Once we realized we can remotely test the dogs, we decided to bring the experiment to the homes of people all around the world by broadcasting the tests live on YouTube,” said Dror.

“Originally Border Collies were bred to work as herding dogs, so most of them are very sensitive and responsive to the behaviour of their owners. However, although the ability to learn names of toys appears to be more common among Border Collies, in a recently published study we found that even among this breed it is very rare,” Dror added. “Moreover, this talent is not unique to this breed. We are constantly searching for more gifted dogs. Thanks to the Genius Dog Challenge we have managed until now to find dogs from other breeds including a German Shepherd, a Pekingese, a Mini Australian Shepherd, and a few dogs of mixed breeds.” Previous research has documented this talent also in Yorkshire Terriers.

Prof. Adam Miklósi, head of the Department of Ethology at Eötvös Loránd University and co-author of the study, said, “Dogs are good models for studying human behaviour as they evolve and develop in the human environment. With these talented dogs we have a unique opportunity to study how another species understands the human language and how learning words influences the way we think about the world.”

“Moreover, gifted dogs are especially interesting because they show that also among other species there are individuals that are uniquely talented. With the help of these dogs, we hope to better understand the factors that contribute to the development of talent,” Miklósi added.

The skill to learn object names is very rare and dogs with this capacity are important for research. By studying these dogs, we can not only better understand dogs, but also better understand ourselves. So, the researchers encourage dog owners that believe their dogs know multiple toy names to contact them through the Genius Dog Challenge.