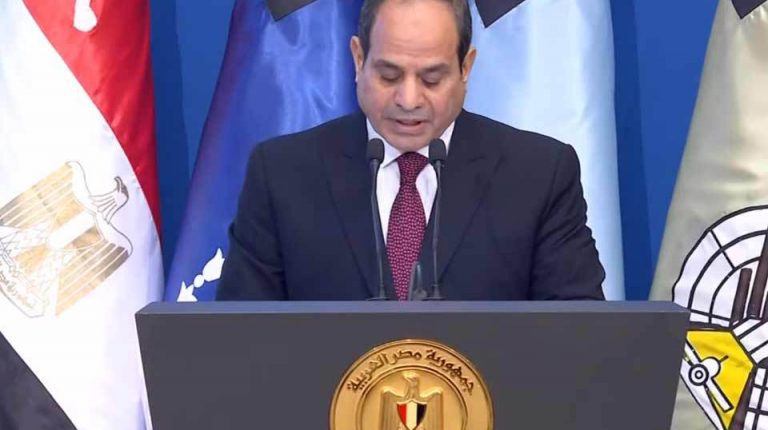 Egypt’s President Abdel Fattah Al-Sisi asserted that the sacrifices made by the October War heroes will remain immortal in the Egyptian people’s conscience.

Al-Sisi’s remarks came during a symposium, entitled “Crossing to the Future”, which was organized by the Armed Forces on Wednesday to mark the 48th anniversary of the 6th of October War.

He said that the government will continue to develop the living conditions in the country.

He added that Egypt aims to maximize the capabilities of the state, in pursuit of a better present and future for the Egyptians, despite the great internal and external challenges, and the unprecedented global crises including the coronavirus (COVID-19) pandemic.

He referred to the unprecedented national project for developing the Egyptian countryside, “Decent Life”, which helps to improve the standard of living for more than half of Egypt’s population, who live in more than 4,000 villages, at an initial cost of EGP 700bn.

The President asked the Egyptians to not allow anyone to divide them, asserting that what the Egyptians gave to the army will never be forgotten, and it is time to return this favour.

“We will put a development plan for each inch in Sinai,” Al-Sisi added, asserting that the state will overcome all challenges and difficulties in the region.

He asserted that the October War was a military epic that dazzled the world, saluting all the symbols of the Egyptian military.

He pointed out that the Egyptian people suffered because of terrorism, confirming that security and stability will be achieved in Sinai and all over Egypt.

He hailed Sinai’s citizens for their major role in the October War, adding that Sinai are part of the Egyptian people.