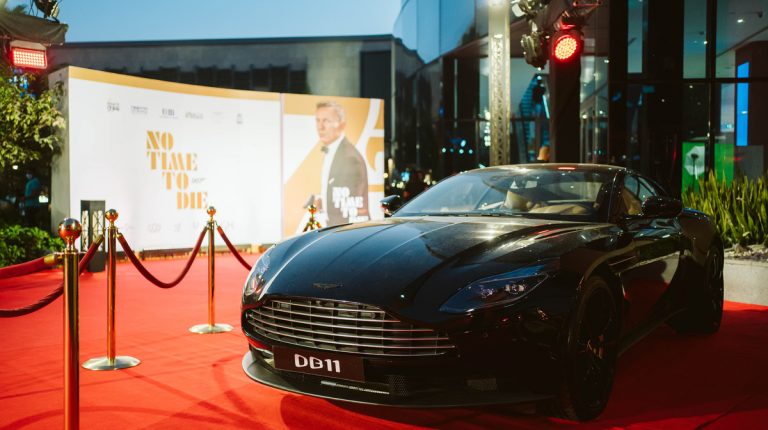 Ezz Elarab Automotive Group, the sole importer of Aston Martin vehicles in Egypt, celebrated the long-awaited James Bond movie “No Time To Die” featuring Daniel Craig as the famous British super spy, 007. In the celebration, the company invited a selected number of owners & media guests to the movie viewing, which came only days after the high profile worldwide premier in London.  Aston Martin models were on special display at the cinemas during the movie premier at City Centre Almaza and Mall of Egypt, given that Aston Martin is known as the official provider of James Bond cars and is the ultimate car of choice for the famous British spy 007.

It is worth mentioning that the Aston Martin brand, with its super luxurious sports models, recently rebuilt the 1965 model DB5, which was previously featured in James Bond’s “Goldfinger” movie, in a simulation of a life-sized toy car in a box and in collaboration with the famous toy company, Corgi Toys. The life-sized Corgi DB5 was put on display at Battersea Power Station in London, where the car was originally designed, as part of the promotional activities revolving around the new film.

The Corgi die-cast toys models of the Aston Martin DB5 come in 125 different variations based on gadgets and equipment as featured in the car which appeared in the movie “Goldfinger”, all in Silver Birch color. Following in the same spirit, “No Time To Die” special effects coordinator, Chris Corbould, contributed to the project to make sure the cars were as close to a super spy machine as possible.