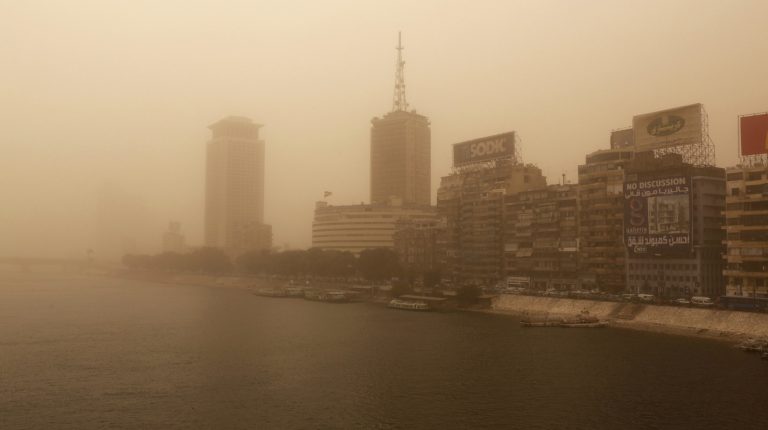 Egypt’s Prime Minister Mostafa Madbouly has followed up on the measures adopted by the Ministry of Environment to confront acute episodes of air pollution (black clouds) in Greater Cairo and the Delta regions during September.

After reviewing a report presented by Minister of Environment Yasmine Fouad on Saturday, Madbouly praised the efforts made by the ministry in partnership with the concerned authorities, to confront air pollution, and to address negative practices in this regard, whether from industrial facilities or farmers.

He also stressed the importance of awareness and follow-up in stopping the causes of pollution and maintaining more air quality.

In the report, the Minister of Environment indicated that the aforementioned period witnessed the collection of 13,190 tonnes of rice straw, from the amount targeted to be collected at the end of the harvest season. In addition, 221 sites were opened for collecting and pressing rice straw, through the support of equipment provided by the Ministry of Environment.

The minister added that 16 axes affiliated to the ministry were activated to follow up and control the open burning of agricultural waste, in cooperation with the concerned authorities, pointing out that 614 burning points were monitored and dealt with during the aforementioned period.

She further added that during the period from 1 to 21 September, 21 separate fires were monitored and dealt with in the governorates of Sharqiya and Behira, noting that the Ministry of Environment controls public and random landfills and garbage collection areas, by providing the necessary equipment and daily traffic to the various sites in coordination with all concerned authorities.

Moreover, the report pointed out that during the aforementioned period, no transgression was observed in the emissions of smokestacks of establishments connected to the industrial emissions monitoring network, which amounted to 383 smokestacks for 84 industrial facilities.