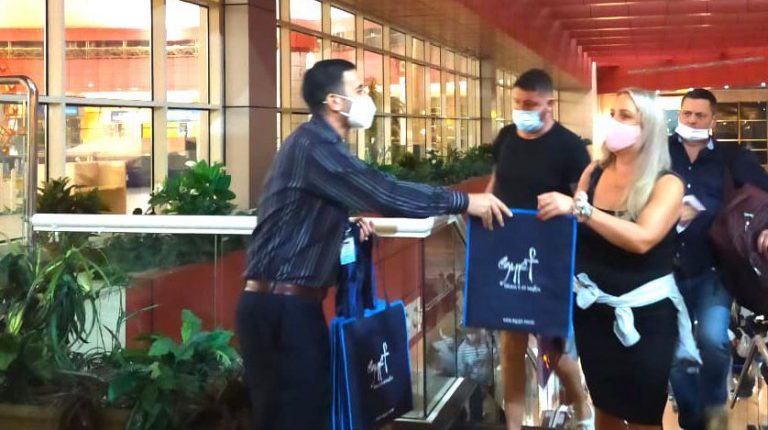 Nabil Al-Mallah, Director of Sharm El-Sheikh Airport, and Islam Nabil, Director of the Egyptian Tourism Promotion Board (ETPB), received the British visitors at the airport.

The ETPB team received the passengers with flowers and facilitated entry procedures, with all precautionary and preventive measures in place. The team also distributed advertising materials and guidebooks on tourist destinations in Egypt, as well as instructions for applying precautionary measures in Egyptian hotels.

Khaled El-Anany, Minister of Tourism and Antiquities, has met with the British Ambassador in Cairo two weeks ago, after removing Egypt from the Red List, in order to discuss enhancing means of cooperation between the two countries in the fields of tourism and antiquities.

A new tourist attaché of the Egyptian Tourist Office in London took over his duties this month in accordance with a ministerial decision issued by the Minister of Tourism and Antiquities last June.