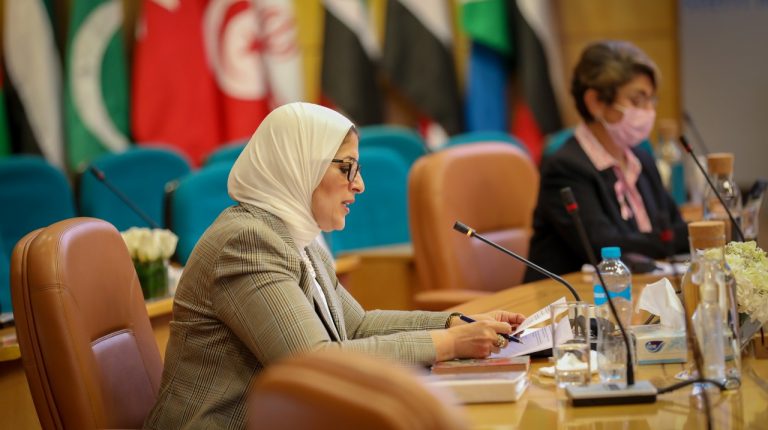 Egypt’s Minister of Health and Population Hala Zayed has handed over the presidency of the World Health Organization (WHO) Regional Committee for the Eastern Mediterranean to her Libyan counterpart Ali Al-Zanati, after the end of the 67th edition.

This comes during the 68th edition of the WHO Regional Committee for the Eastern Mediterranean on Tuesday.

During her speech, Zayed highlighted Afghanistan’s need for humanitarian assistance, as she expressed the region’s support and solidarity with the Afghan people, and its commitment to continue providing the necessary humanitarian aid to Afghanistan despite the current challenges.

Moreover, during the third meeting of the Sub-Committee on Polio Eradication, chaired by Egypt and the UAE, the minister announced the launch of the polio eradication strategy for the period 2022-2026, stressing cooperation between member states, intensifying surveillance of the polio virus and mobilising resources and domestic financing to accelerate the response of the members to stop the transmission of all polio viruses.

Zayed further called for mobilising high-level political support and providing financial support, in addition to developing collective public health actions to be implemented throughout the region.

The minister added that the committee’s priorities are to continue cooperation with the Polio Surveillance Council to make the best use of the support provided by the council in the region, and support will be intensified for countries where polio is endemic.

Zayed and Ahmed Abdullah, Minister of Health of the State of Djibouti, were elected as vice-presidents of the 68th edition, after the approval of the committee.