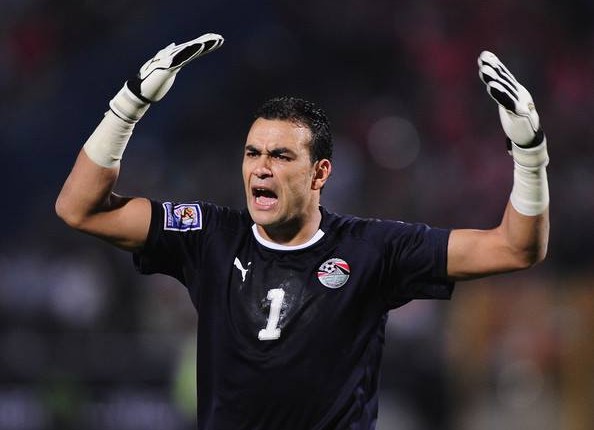 It seems that the relationship between the national team’s first goalkeeper Mohamed El-Shennawy and goalkeeper coach Essam El-Hadary is not perfect, after a disagreement erupted between them before the first Libya match at the Borg El Arab in Alexandria.

El-Shennawi was injured in the Libya match, however; he played the second match. El-Shennawy was subbed in the first half in the second Libya game after he suffered the same injury. El-Shennawy and El-Hadary were seen arguing on the touchline.

Wael Gomaa, general manager of Egypt national team, stressed that El-Shennawy was selected in the line-up of the second Libya match because he was fit.

A source in the national team revealed that El-Hadary tried to solve the problem with El-Shennawy during the past days.

The source added that El-Hadary offered to quit the coaching staff for fear of affecting the Pharaohs’ qualifying journey for the World Cup, but Gomaa refused.

On his personal page on Facebook, El-Hadary said, “Congratulations to Egypt and the great Egyptian fans. Three important points in the World Cup qualifiers journey. I wish you speedy recovery, Shennawi, and congratulations on your brilliance.”