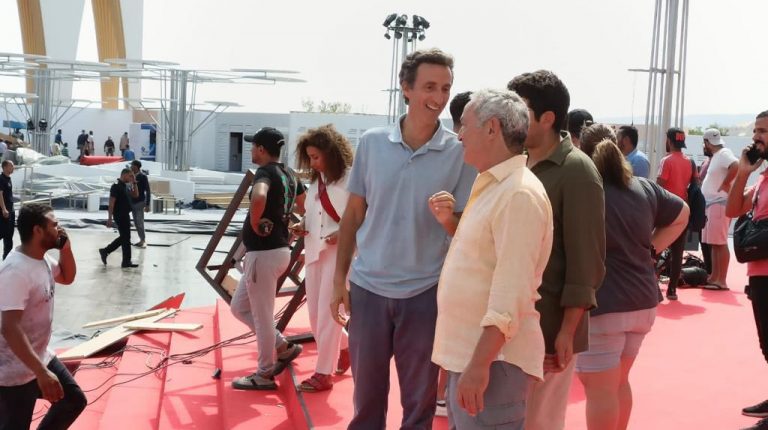 Egypt’s Ministry of Health has announced that 14 citizens suffocated due to a limited fire blast in one of the halls designated for the El Gouna Film Festival, in the Red Sea Governorate.

Ministry’s spokesperson Khaled Maghed explained that as soon as the fire broke out, 20 equipped ambulances were dispatched to the site of the fire, pointing out that 8 cases were transferred to El Gouna Hospital.

He also noted that the Undersecretary of the Ministry of Health in the Red Sea Governorate is present to follow up on the health status of the injured and to ensure that all means of medical care were provided to patients.

Egyptian Businessman Samih Sawiris said in a press statement that fire broke out as a result of an electrical short circuit in external units outside the theatre of the opening ceremony and it was brought under control.

Sawiris inspected the Plaza Theater to indicate the extent of his readiness to hold the closing ceremony scheduled on 14 October, and the festival administration will hold a press conference on Thursday to reveal more details related to the launch of the fifth session.

A large fire broke out outside the Plaza Theater, where the opening and closing of the festival in its fifth session, is scheduled to take place on Thursday.

The festival administration announced that the fire was brought under control by the civil firefighting forces.