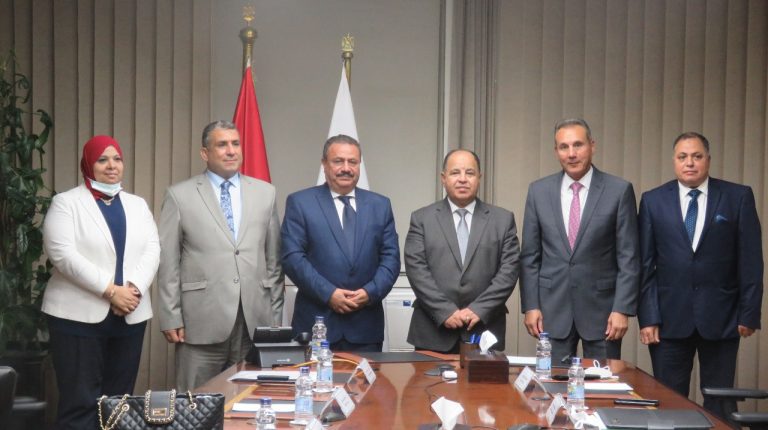 Minister of Finance Mohamed Maait has witnessed the signing of a cooperation protocol between the Egyptian Tax Authority (ETA) and the Federation of Egyptian Banks (FEB) regarding the controls for joining the electronic invoice system.

Maait said that this protocol comes in appreciation of the effective role of the banking system in building the national economy, as it is a major driver of the production wheel and a pivotal contributor to the economic renaissance that all efforts are converted to achieve.

He explained that the units of the banking system are important entities in the Egyptian economy, and that there is constructive cooperation between the Ministry of Finance and the Federation of Egyptian Banks to implement the provisions of the law in line with the comprehensive automation system adopted by the state.

For his part, Reda Abdel Qader stressed his keenness to spread tax awareness, build bridges of trust with all parties of the tax community, and enhance cooperation with the banking system represented by the Federation of Egyptian Banks.

Mohamed El-Etreby said that the signing of this protocol comes as a sense from the federation of the importance of comprehensive mechanization and its role in advancing production and the national economy, and maximizing efforts to integrate the informal economy into the formal economy. He thanked the Minister of Finance and the head of the Egyptian Tax Authority for communication and cooperation with the Federation to discuss tax issues of interest to the banking system.

He added that banks are the main supporter of the national economy and the state’s public treasury, and are keen to support the state’s policy to digitize transactions in the Egyptian economy in order to improve the business climate and motivate investors in line with the “Egypt Vision 2030” in the interest of the national economy and our dear Egypt.

He pointed out that this protocol would make it easier for banks to join the electronic invoice system without violating the provisions of the confidentiality of accounts and the preservation of customer data.