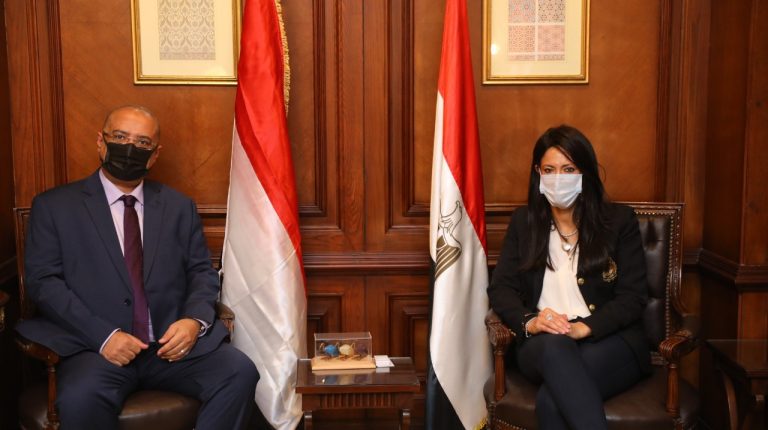 Al-Mashat affirmed Egypt’s keenness and readiness to provide support to the Government of Yemen, especially in qualifying and training Yemeni cadres across various fields; noting that this comes in light of the strengthened historical relation between Egypt and Yemen. The Minister emphasized the Egyptian government’s keenness on deepening cooperation between both countries and on supporting Yemen to overcome any challenges.

Al-Mashat referred to the extensive Egyptian expertise and the deepened relations with bilateral and multilateral development partners, which has resulted in the achievement of several success stories within supporting development projects and underpinning Egypt’s efforts in advancing various sectors.

Moreover, Minister Al-Mashat elaborated that Egypt has strong relations with several multilateral development, and bilateral development partners. She expressed that these partnerships result in ambitious strategies that align with the country’s development efforts, and play a role in advancing the private sector’s engagement.

She noted that the Ministry of International Cooperation is ready to transfer knowledge and expertise with the brotherly Yemen, to support its efforts in restoring stability and achieving development.

For his part, Bathib expressed his gratitude for being among the delegation accompanying Yemeni PM Abdulmalik in Cairo; noting that this opens more the room for more discussions on common files between both countries.

Bathib added that he looks forward to establishing strengthened and enhanced partnerships that boosts the hopes of the Government of Yemen so as to push forward development. In addition, he expressed his aspiration to benefit from Egypt’s expertise in the field of development cooperation and relations with development partners.