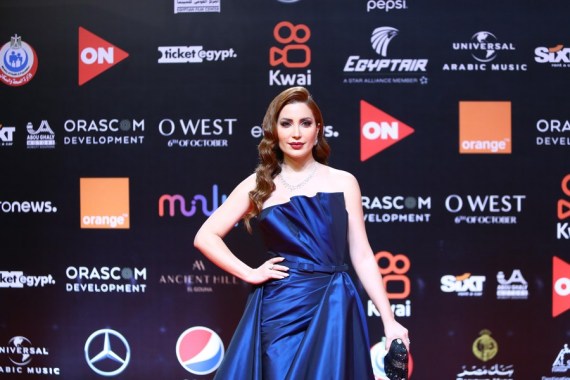 During this year’s edition, lasting from Oct. 14 to Oct. 22, 80 Arab and international films will be screened.

Additionally, the eight-day festival will also witness workshops, masterclasses, and special events which are moderated by a horde of the most locally and internationally prominent industry experts.

The GFF’s fifth edition’s activities start on Oct. 15, including screenings of acclaimed films, such as the Finnish film The Blind Man Who Did Not Want to See Titanic by Teemu Nikki, winner of the 2021 Venice International Film Festival’s Audience Award Armani Beauty and a participant in GFF’s Feature Narrative Competition.

“Our team has gained an experience to overcome all challenges… we are developing and have become able to organize a successful event,” the festival’s manager Intishal al-Tamimi told Xinhua on the red carpet of the opening ceremony.

Additionally, he said, the next edition of El Gouna Film will be harder because they always seek to provide a different edition of the festival.

Syrian actress Nesreen Tafesh is always keen to participate in the activities of the GFF every year, noting that the festival is an important platform that works to develop the film industry regionally and internationally.

“The GFF is a big gain for film industry… it helps young filmmakers get funds for their projects and take them to cinema houses,” the celebrity told Xinhua.

Commemorating the 25th anniversary of the famed Polish director Krzysztof Kieslowski’s death, the GFF will hold a Retrospective Exhibition displaying his life and cinematic works.

The Retrospective Exhibition for Kieslowski is set to be presented through a cinematic lens that brings the displayed works to life, with 23 framed posters from the Film Museum in Lodz that are all inspired by the director’s films.

Moreover, it will incorporate original material from the established film archive the French Cinematheque, featuring 50 photos including posters from Kieslowski’s iconic films, their filming locations, the filming process, as well as photos of the director himself.

As one of the leading festivals in the Middle East, the El Gouna Film Festival aims to showcase a wide variety of films while fostering better communication between cultures through the art of filmmaking.

The festival is also meant to connect filmmakers from the region with their international counterparts.