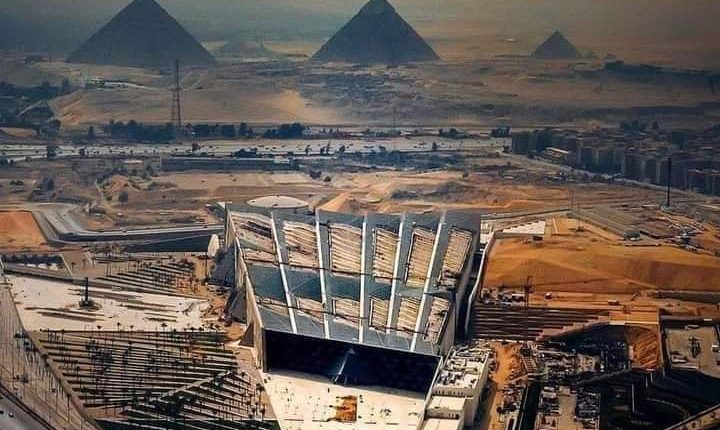 Atef Moftah, General Supervisor of the Grand Egyptian Museum (GEM) and the surrounding area, has held a meeting with Hassan Allam alliance which was awarded the visitor services operation contract at the first commercial area in the vicinity of the GEM which also overlooks the Giza Pyramids. Two more commercials zones to be launched at GEM within the coming days

The meeting began with officials and representatives of the Hassan Allam alliance presenting a detailed presentation of the proposed ideas for operating the services in the museum, in order to ensure its readiness at the opening of the museum, and to display the museum in a proper manner, and in a manner that achieves commitment to ensuring respect for the environment of antiquities and the museum, and an affirmation of the museum’s role as a cultural and civilized edifice that has its Distinguished place among the world’s museums.

GEM, which has been built on a total area of 117 feddan in Giza, is the largest museum in the world dedicated to one civilisation, and its opening is eagerly awaited. The museum will display over 5,000 artefacts from the tomb of Pharaoh Tutankhamun, which will be displayed together for the first time since their discovery.