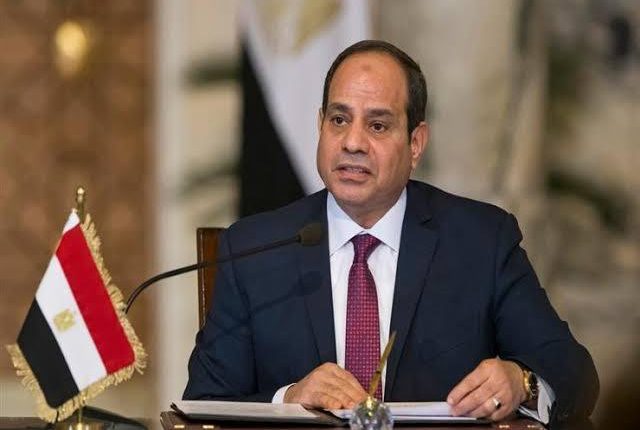 The president urged all government bodies to cooperate to create job opportunities in these new neighbourhoods.

El-Far briefed the attendees on progress of the Ahalina housing project, which is carried out by the Armed Forces Engineering Authority, He said that newly inaugurated phase in the Ahalina 2 included 34 residential blocks in Salam City, east of Cairo, adding that the phase extends over an area of 15 feddan and costs EGP 1.1bn.

He said that the authority is overseeing the construction of 3,200 residential units in the Greater Cairo area, as part of the Ahalina 3. The execution rates in this phase, which extends over an area of 35 feddan, have reached 45%, he added.

Moreover, the Ahalina 4 will include 3,700 residential buildings on a total area of 45 feddan. Work to remove more than 1 million cubic feet of waste in the area is proceeding. In addition, the Ahalina 5 is set to start next month and will include three new areas, El-Far said.

The newly opened projects were in Ruwaisat in Sharm El-Sheikh, Rawdat Al-Sayeda Zainab, and the Fishermen’s Village in Ras Al-Bar.

Al-Sisi tackled several topics during the event. He spoke about digitalization, saying that part of the state’s problem during the past period was the lack of specific and accurate data.

He added that the state is currently making efforts to shift to digitalization with the aim of creating a clear vision in all sectors, and to end unhealthy practices in the society.

The president also said that without the high rates of population growth in Egypt, employment and economic growth rates have been greater.

He pointed out that the state’s inability to describe the real situation of the country, and the misunderstanding that the government works only in favour of the rich was a threat to the country’s stability and safety.

He stressed the need for awareness about the country’s problems, pointing out that the direct losses incurred by the Egyptian state in 2011 amounted to $400bn.

He continued, “When those in charge of the state did not know their true role, they almost destroyed the country as others destroyed theirs.”

He also tackled the topic of pensions, saying that the state currently allocates EGP 180bn annually from the general budget for pensions as there are about 9 million people on pension.