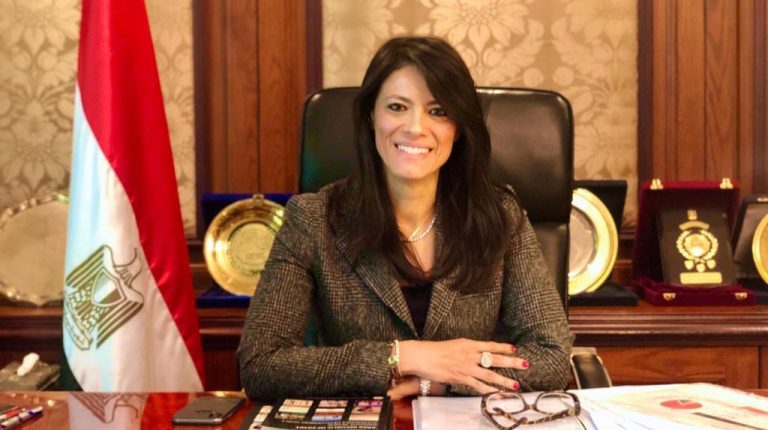 Minister of International Cooperation Rania Al-Mashat has said that Egypt pushes forward into green transformation during her participation in the Annual Meetings of the World Bank Group (WBG) and the International Monetary Fund (IMF).

The Minister emphasized Egypt’s commitment to the United Nations 2030 Sustainable Development Goals (SDGs), since it was adopted in 2015. Within this framework, the Government of Egypt has made strides towards developing the transportation infrastructure into a smart and sustainable sector that supports climate action. This comes within the framework of the government’s effort towards advancing green transformation. Minister Al-Mashat noted that the government’s projects and policies align with the environmental and sustainability standards.

Al-Mashat stated that reform is a continuous process, as the Government of Egypt has implemented mega homegrown projects before the COVID-19 pandemic, which helped cushion the country during the pandemic, and contributed to achieving stability and positive growth rates. The Minister further added that the transportation sector is one of Egypt’s priority sectors, as the number of passengers benefiting from the metro and railways on a daily basis amounts to over 5.5 million citizens.

Minister Al-Mashat elaborated that the Government of Egypt seeks to reduce air pollutants and harmful carbon emissions by about 50%, which aligns with Egypt’s Vision 2030. This can be done through developing the transportation sector into a smart and sustainable sector; strengthening transportation networks; increasing the use of electric vehicles. The Minister added that Egypt implements several projects in that same vein, such as the Electric Train project connecting the New Administrative Capital to the Greater Cairo, Salam city, and 10th of Ramadan city, as well as the electric monorail which links 6th of October city to the New Administrative Capital.

Moreover, Al-Mashat stated that mobilizing the necessary funding has become imperative, especially after the fluctuations in global markets, hence the private sector engagement has become pivotal, whereas IFIs should play a bigger role in mobilizing the necessary financial resources to enhance the participation of all stakeholders; adding that this comes in light of the UN Climate Change Conference COP 26 and COP 27.

Referring to the government’s efforts in enhancing the private sector’s engagement in development, Minister Al-Mashat stated that this sector’s role in implementing such projects as a major partner is of paramount importance; noting that IFIs hold a significant role in providing technical support, soft development funds to finance these projects, and in providing innovative and blended financing tools which strengthens the public-private dialogue.

The Minister stated that Egypt has strong ties with bilateral and multilateral development partners in implementing vital projects in the transportation sector. This includes the Cairo Metro’s new lines, as well as dry ports that the government implements in cooperation with development partners; pinpointing their importance in advancing the transition towards a green economy.

Al-Mashat stressed the importance of providing innovative financing tools for developing the infrastructure of the transportations sector worldwide, in light of the high financing gap which in turn adds to the commitments of the IFIs and international community to provide financial resources.