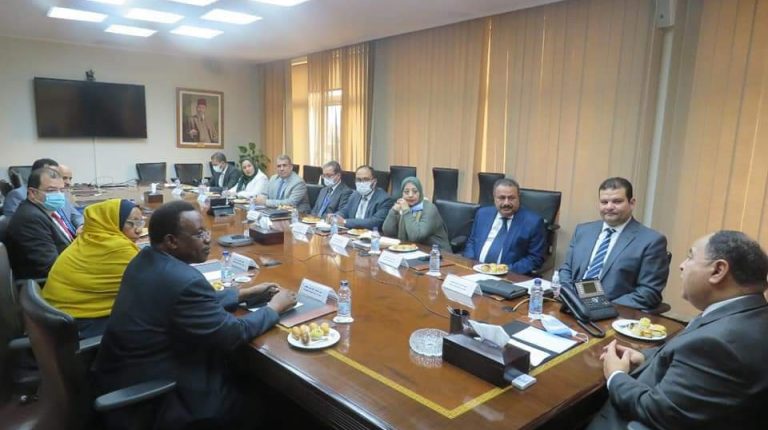 Egypt’s Minister of Finance Mohamed Maait has said that the economic reform programme was necessary to strengthen the Egyptian economy and its ability to contain internal and external challenges.

Maait’s remarks came during his meeting with Mohamed Moustafa, Secretary General of the Sudan Taxation Chamber and his accompanying delegation in Cairo on Monday.

He said that Egypt was able, through the elaborate implementation of the economic reform programme, to transform challenges into promising development opportunities for progress.

Maait added, “Other countries that have not undertaken economic reform paid expensive prices during the pandemic; shortage of goods, deterioration of services, and 300% hike in prices due to increasing demand and inflation rates.”

He stressed Egypt’s readiness to provide all means of support to the Sudanese side and to transfer its expertise in various economic fields, mainly the tax administration system. This system was based on re-engineering, simplifying, and automating taxation procedures to achieve tax justice. It also involved maximizing efforts to integrate the informal economy by applying the “electronic invoice” system. Consequently, this contributes to expanding the tax base without imposing further taxes on citizens.

“We are ready to provide training programmes about various types of taxes on various economic activities,” Maait added.

He highlighted the important role the technological arms of the state play, such as e-finance, in terms of accelerating the application of automated financial systems, whether in taxes or comprehensive health insurance, as well as the deployment of international companies “Microsoft, Ernst & Young, SAP, Excel”. He also noted that the development of professional cadres occupies is a top priority in the national project to develop and automate the tax system, whereby the efficiency of workers is enhanced to qualify them for the professional management of these advanced electronic systems, along with bringing young competent cadres, all of which resulted in positive structural and legislative changes.

He stressed that the projects to digitize the tax system contributed to raising tax revenues during the last fiscal year by 13.2% despite the negative effects of the coronavirus crisis, without imposing new taxes on citizens.

For his part, the Secretary-General of the Sudan Taxation Chamber said that his country views Egypt as a supporter, and aims to deepen joint cooperation in various sectors with it, in addition to benefiting from the Egyptian experience in developing the tax system, and localize Egyptian expertise through strengthening training programmes about all types of taxes.

“We are facing a challenge because of the low ratio of tax revenues to the GDP, as it represents only 4.7%, although the annual growth rate has reached 300%, which requires further development of the tax system,” he added.

Hanaa Bashir, head of the Sudanese Large Taxpayers Center, said that the tax system in Egypt has witnessed a historical transformation and tangible progress in implementing development and mechanization projects in record time. She pointed out that in Sudan, many years ago, implementing the unified tax number system was activated for the financier and the electronic invoice system, but results were not as hoped.

Khaled Hussein, Director of the North Africa Office of the United Nations Economic Commission, stated that the cooperation between the Egyptian and Sudanese tax authorities is a model to be followed in transferring expertise and developing human capabilities. This was reflected in the tangible progress of the Sudanese tax system. He expressed his happiness at the Egyptian side’s announcement of its readiness to extend the tax training program for Sudanese human cadres, in response to the request of the Sudanese side.

Reda Abdel Qader, head of the Egyptian Tax Authority, stressed that the Egyptian side is ready to provide all means of support to the Sudanese side to help develop its tax system and enhance the governance of the tax community there.