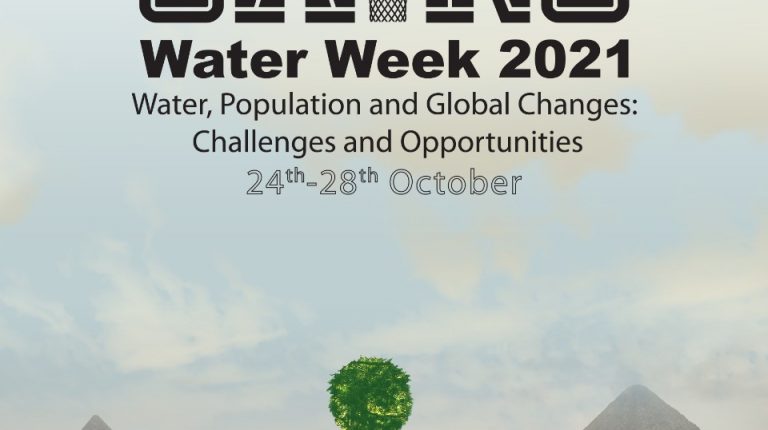 Egypt’s President Abdel-Fattah Al-Sisi will deliver the opening speech at the fourth edition of Cairo Water Week (CWW) on Sunday, in addition to a speech by the Hungarian President Janusz Adir, and a speech by the Egyptian Prime Minister Mostafa Madbouly.

Minister of Water Resources and Irrigation, Mohamed Abdel Aty, stated that the Cairo Water Week has become an international mark on the waterwork, in which many experts and specialists from different countries participate, and that this event is witnessing an increasing momentum year after year.

He added that the conference has become the focus of support and attention for all those concerned with water regionally and internationally.

It also has become a platform for international and regional dialogue and awareness-raising, in which representatives from all groups dealing with water participate.

The minister also pointed out that this year’s edition will be held from 24 to 28 October 2021 under the theme: “Water, Population and Global Change: Challenges and Opportunities”.

The ministry said that it has selected the population issue -for the first time in international conferences and events related to water- for a number of reasons.

The population has a direct impact on the water sector as a result of severe pressure on demand to meet the population’s needs for drinking and irrigation water and to provide food, as well as implementing economic activities that accommodate the steady increase in the population and provide job opportunities for the people.

Several ministers, official delegations and senior officials in the water sector and other related sectors from different countries of the world will participate in the event. The event will also witness the participation of scientists, parliamentarians, international organisations, and civil society organisations.