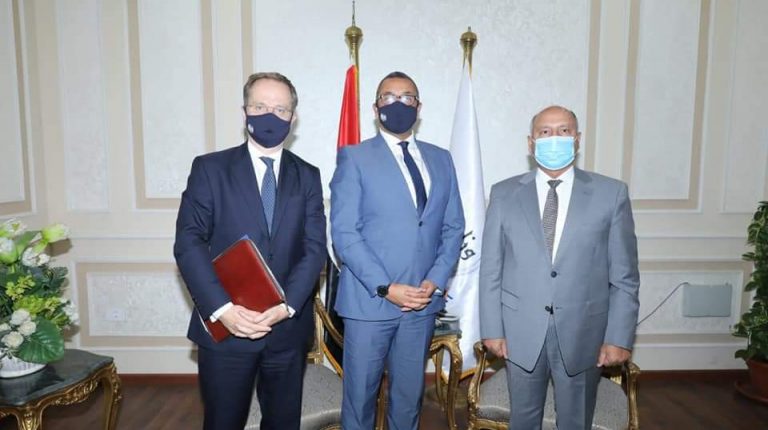 Egypt’s Minister of Transport Kamel Al-Wazir and UK Minister of State for the Middle East and North Africa discussed ways to advance cooperation in the transport sector, on Monday.

During the meeting, Al-Wazir expressed his ministry’s aspiration to maximise the benefit from British expertise in sustainable infrastructure projects and the transport sector because of its direct impact on infrastructure modernization.

He asserted his appreciation for the existing bilateral cooperation in the project of implementing the Cairo monorail, which represents an additional tangible value for the citizen.

The meeting also tackled the offer of British Steel, which aims to supply and finance 100,000 tons of bars for the Egyptian National Railways.

Al-Wazir stressed that British Steel should intensify negotiations with the Egyptian Railways Authority to discuss the possibility of cooperation in this field under the conditions and limitations set by the authority.

Cleverly expressed his appreciation for cooperation with Egypt, pointing that the British government interest in strengthening bilateral relations with Egypt.

On Sunday, the Egyptian Foreign Minister Sameh Shokry and James Cleverly welcomed the recent progress in bilateral relations since the Egypt-UK free trade agreement went into force earlier this year.

The British minister’s visit comes nearly a month after the UK removed Egypt from a travel red list, which imposes a mandatory 10-day quarantine at a hotel on visitors from Egypt to the kingdom due to coronavirus concerns.